New trailer showcases the film’s main characters, including Reese Witherspoon as an overworked mother pig, Taron Egerton as a gangster gorilla trying to break free of the ‘hood, Seth McFarlane as a Sinatra-era mouse, Scarlett Johansson as a Punk Rock porcupine trying to make it on her own, and Tori Kelly as an enthusiastic but shy teenaged elephant. 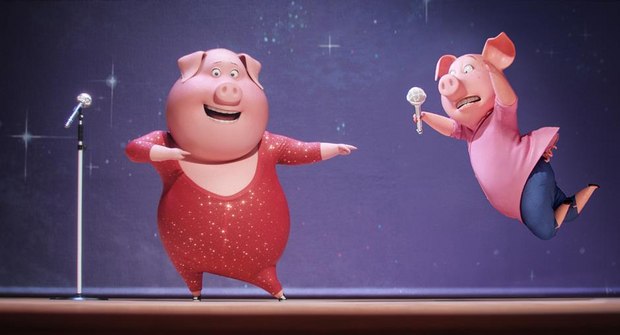 Universal Pictures and Illumination Entertainment have dropped the second trailer for Sing, the animated musical comedy due in theaters this upcoming holiday season.

The new trailer offers a peek at some of the main characters, including Witherspoon as an overworked mother pig, Egerton as a gangster gorilla trying to break free of the ‘hood, McFarlane as a Sinatra-era mouse, Johansson as a Punk Rock porcupine trying to make it on her own, and Kelly as an enthusiastic but shy teenaged elephant. Check it out in the player below: