Illumination Brings Out the Hits for New ‘Sing’ Trailer

Illumination Entertainment brings out a whole menagerie of animals -- and hit songs -- for its first trailer for the forthcoming musical animated comedy in theaters on December 21, 2016. 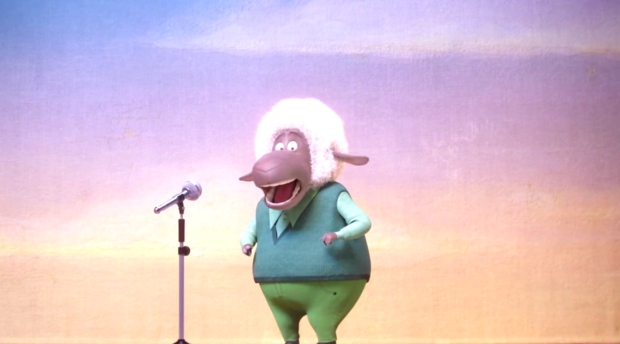 The story of Buster Moon (voiced by McConaughey), a theater-owning koala who decides to stage a singing competition in a last-ditch effort to save his venue, Sing -- featuring more than 85 hit songs -- follows the failing theater owner as he stages “the world’s greatest singing competition” in hopes of rejuvenating his business, with five hopeful contestants emerging as frontrunners vying for a life-changing victory.

“Just think,” Buster says in the trailer, “your neighbor, the grocery store manager, that chicken right there -- everyone in this city gets a shot at being a star live on my stage.”

Written and directed by Garth Jennings (Son of Rambow, The Hitchhiker’s Guide to the Galaxy) and produced by Chris Meledandri and Janet Healy, Sing will be the second animated feature from Illumination Entertainment to debut in 2016, following the summer release of The Secret Life of Pets.