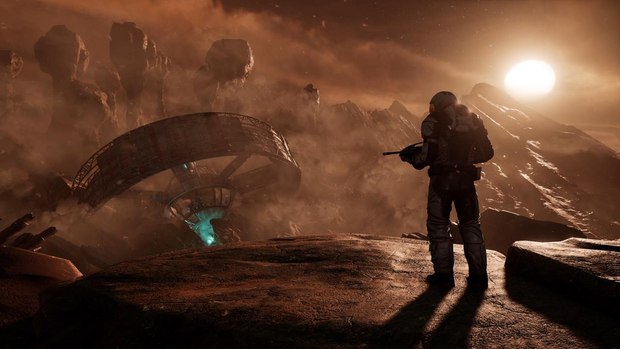 GUILDFORD, UK -- Ikinema, a leader in real-time inverse kinematics, has developed a virtual reality (VR) extension for its full-body IK middleware RunTime. While RunTime has always been VR-capable, the extension takes this capability mainstream, enabling developers to easily merge motion capture with VR, and allowing players to capture their movement in real-time to experience themselves as highly accurate and believable characters within the virtual environment.

IKinema CEO Alexandre Pechev commented, “The body is back in the game. With RunTime for VR, developers can now create within minutes much more advanced experiences in which the body – especially hands, elbows and arms, interacts accurately with the environment. Users will no longer see floating props without arms, they’ll be able to look down and see a complete, animated body within their virtual environment that accurately syncs with weaponry and props.”

RunTime integrates with Unreal Engine 4, enabling characters to interact with props, scale obstacles and respond naturally to constantly changing environments, all in real-time. IKinema has extended this integration to enable the easy creation of game rigs and behaviours for VR games and experiences. As a result, VR and game developers are able to deliver astonishingly real animation with totally believable characters.

Pechev predicts that advanced multiplayer VR games will soon be created in which players see the full body and precise actions of other players, giving them a totally believable immersive experience.

Impulse Gear is the first VR game developer to use IKinema RunTime and is currently developing Farpoint, a VR game announced at E3 earlier this year. Farpoint is described as “an unnerving VR space adventure set on a hostile alien planet”.

Impulse Gear Co-Founder Seth Luisi said, “With the help of IKinema RunTime, we are pushing what can be done in Virtual Reality and in the process creating an entirely new user interface. Our goal is to deliver on the promise of what real Virtual Reality games should be.”

IKinema RunTime is already widely used by animation studios and traditional game developers. The extension provides additional tools such as a dedicated VR rig editor in which the VR controllers and head mounted display can be associated with any character. With this, developers can create a VR rig and start animating the full body in less than 10 minutes.

Another feature is a dedicated VR solving node that combines upper body animation via the controllers, with foot placement for the ultimate immersive experience. These capabilities are available with both RunTime and RunTime-Indie.

RunTime for VR is available for download on IKinema’s website. It is available on the Windows, PS4 and other VR compatible platforms.