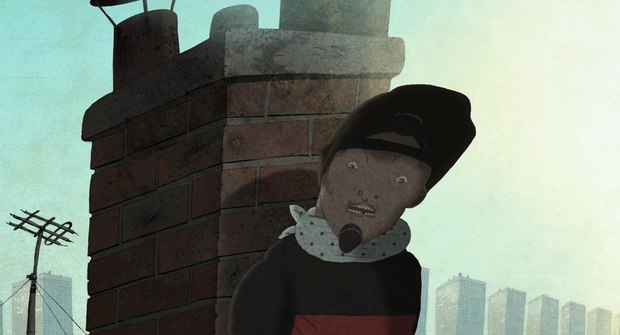 On Sunday March 20 the awards for several competitions were presented at the Holland Animation Film Festival in Louis Hartlooper Complex in Utrecht.

The full list of winners at the 2016 Holland Animation Film Festival is shown below:

Grand Prix narrative short
Igor Kovalyov wins the Grand Prix shorts in the category narrative with Before Love.
From the jury report:
The jury were unanimous in their decision. This film is a masterwork -- a lush feast of undulating light and textures that tells a mouthwatering ambiguous story. It offers as many questions as it does answers.

Grand Prix non-narrative short
Tochka, Kazue Monno, Takeshi Nagata won the Grand Prix shorts in the category non-narrative for his film Track.
From the jury report: The director uses a unique technique to make many works and is making progress in their own style. They have recorded their live action frame by frame and day by day. The accumulation of so many shootings through so many long nights, makes a really fantastic and powerful expression of lights. Grand Prix feature film
Jan Bultheel won the Grand Prix for his feature film Cafard.
From the jury report: The best feature animation film to our unanimous opinion was Cafard, which is French for cockroach, written, designed and directed by Jan Bultheel. Jan Bultheel created a wonderful movie in a surreal style, with a consistent flow of characters and big shots. Grand Prix student film
Nina Gantz won the Grand Prix student film for her film Edmond.
From the jury report: Edmond has an original and strong story, which deals with deep human issues. It has unexpected twists, a strong change of scenery and technical excellency. A project that could only have been done in animation.