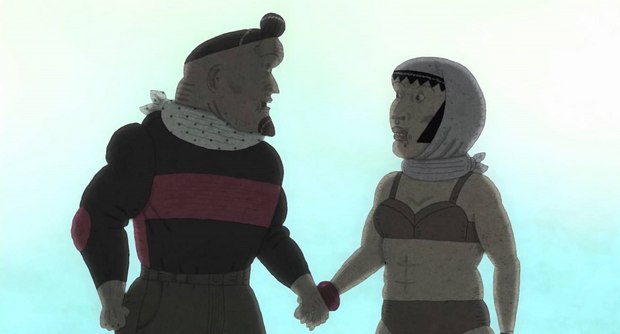 BADEN, SWITZERLAND -- The 14th edition of the Fantoche International Festival for Animated Film welcomed about 24,000 attendees and was frequented by Swiss and international animation film fans. The varied program featured special events such as, “Humanité Animée,” “Hors Concours,” and the “Bagno Popolare,” which attracted a broad audience including industry professionals.

The international jury selected the following films as competition winners: Before Love, by Russian Igor Kovalyov earned “Best Film” in the International Competition. In the Swiss Competition, Das Leben ist hart by Simon Schnellmann was honored as “Best Swiss” film. Lucie Sunkova won the “Best Kids” award for L’arbre in the category for a “young audience.”

Six cinemas housed audiences for a total of 14 feature film premieres with the films, Ma vie de Courget and Kubo and the Two Strings quickly selling out. An additional 321 short films were shown from 23 countries. A variety of workshops and exhibitions were attended as well as four nights of parties at Fantoche’s partner Club Royal which transformed Baden into a vibrant festival city.

The festival’s Industry Day has enabled Fantoche to put the creative sector in contact with its commercial players. Swisscom, FREITAG and Stories AG made appearances. Simon Otto, Head of Animation at DreamWorks, made a presentation to a sold out audience. Georges Schwizgebel, a previous award winner and producer of the 2016 festival trailer, filmmaker Konstantin Bronzit and director Jeanette Bonds participated as jury members.

This year’s program “Animation goes multimedia” was designed by Ana Ascencio, jury member at Fantoche 2015 and Manu Weiss, Swiss animation filmmaker. Together they chose several of the most exciting projects and works from the worlds of Virtual Reality and 360° technologies. The Festival presented outstanding content created by artists and filmmakers made with these technologies.

The “Hors Concours” program was presented for the first time with a selection of short films that represented especially engaging stories, made controversial political statements, or demonstrated technical innovations. The program was intended to supplement the other competitions. The “Humanité Animée” program brought together the most significant questions about humanity and showcased perspectives from the 21st century in five short film programs, two feature films and an accompanying exhibition.

“Our efforts paid off and the broad choice of French-language program with films, talks and workshops were well attended,” said festival director Annette Schindler. “It was a real pleasure to hear French-speaking film fans everywhere I went. We noticed the quality of the Chinese films during the selection process this year, and indeed, the jury confirmed this assumption. Having more guests than ever before was also a positive aspect of this year’s festival edition. You could feel people’s desire to exchange ideas and make contacts. This potential is really promising and gives us new ideas for Fantoche 2017.”

Kids Jury: The films were judged by a jury of seven children aged between 6 and 12 which awarded the Best Kids prize. The Kids were supervised by Zauberlaterne.

BEST OF FANTOCHE ON TOUR

After the festival, Fantoche’s Best-of programs will be touring Switzerland. More than twenty cinemas across Switzerland and in various international cities will be screening Best of Fantoche on Tour with the prize winning films from the International and Swiss Competition and Best Kids 2016. Visit fantoche.ch/en/best-fantoche-2016 for more details.