Voice actor Sam Witwer claps back after IGN falsely claimed he was a background actor in the premiere episode of ‘The Mandalorian’ Season 2. 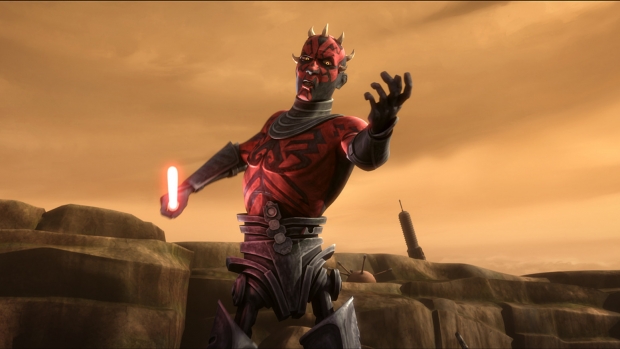 It looks like someone woke up on the dark side. Voice actor Sam Witwer, who famously played Darth Maul in Star Wars: The Clone Wars, is now swinging his lightsabers at a recent IGN article. Rumors have skyrocketed after The Mandalorian Season 2 premiere, with fans looking for easter eggs and hints of what’s to come. IGN joined the party, reporting on every actor and character in the new episode, and accidentally listed Witwer as one of the Mos Pelgo background actors.

The real actor, Josh Moreno, took to Twitter to poke fun at the snafu:

Witwer felt a disturbance in the Force and responded to the Tweet, claiming: "I wish IGN would, ya know, do their due diligence and research that my hair isn't blonde... But hey." IGN has since corrected their mistake, but they should be worried. If Maul can survive after being cut in half by Qui-Gon Jinn, he can certainly hold a very stern grudge.

Be sure to look for Sam Witwer in the background of The Mandalorian Episode 2, November 6 on Disney+.