Honor to be presented at 55th annual awards luncheon, set for March 2. 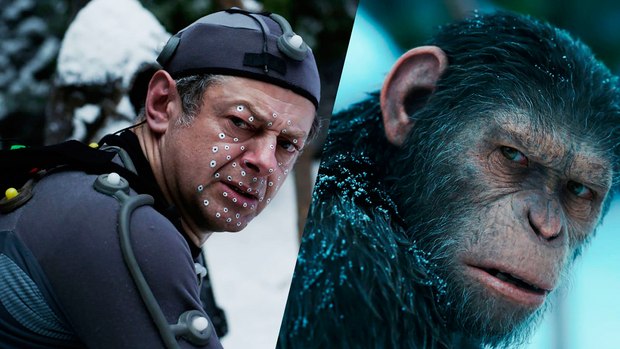 LOS ANGELES -- Andy Serkis, the master of performance capture with roles this past year in War for the Planet of the Apes and Star Wars: The Last Jedi, will receive the Motion Picture Showman of the Year Award at the 55th annual International Cinematographers Guild Publicists Awards.

The awards will be held March 2 at the Beverly Hilton Hotel.

“Andy Serkis, with his unparalleled flexibility and understanding of movement, has made motion capture his own,” said Steven Poster, ASC, national president of the ICG. “We are delighted that he will be flying in from England to be with us.”

Serkis has appeared in almost 100 films and TV shows. He has accumulated numerous award nominations from the Golden Globes, Primetime Emmys, BAFTA, and the Academy of Science Fiction, Fantasy and Horror Films.

Serkis first made a name for himself playing Gollum in The Lord of the Rings trilogy, directed by Peter Jackson. He reunited with Jackson to play the title role in the 2005 version of King Kong, which was just the start of his simian simulations. His portrayal of Caesar, leader of the apes, in the Planet of the Apes trilogy has astounded audiences. These films have a combined box-office totaling more than $1.6 billion.

Serkis brought another unforgettable performance in Star Wars: The Last Jedi. Next month he can be seen in the much-anticipated Black Panther.

He made his directorial debut last year with Breathe, starring Andrew Garfield and Claire Foy, and directed Mowgli, an adaptation of Rudyard Kipling’s The Jungle Book, set for release this year, starring Christian Bale, Cate Blanchett and Benedict Cumberbatch with Serkis playing Baloo.

As previously announced, the Publicists Awards Luncheon also will honor Betty White, with a Lifetime Achievement Award, and the Hollywood Foreign Press Association, celebrating the 75th anniversary of the Golden Globes. The ICG Publicists Directory, to be distributed at the luncheon, will be dedicated to the late journalist Liz Smith.

Henri Bollinger and Tim Menke return as chairmen for this year’s ICG Publicists Awards, which traditionally occur the week leading up to the Academy Awards. Final online balloting will close Feb. 9.