Twenty-four works from nine countries are finalists for the first-ever edition of the awards, held on the island of Tenerife, Spain. 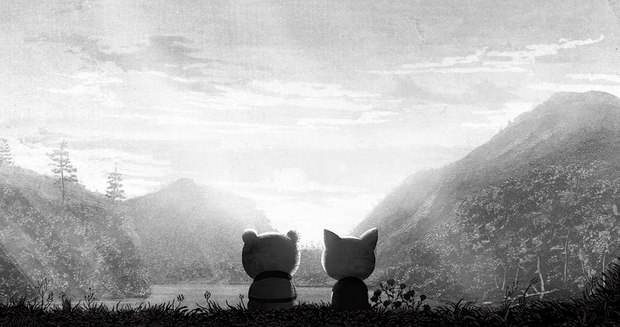 Alberto Vázquez's 'Decorado' is a finalist for the Quirino Award for best Ibero-American animation short film.

MADRID -- The Ibero-American Animation Quirino Awards have announced the finalists in the nine categories of its first edition, which will take place April 6-7 on the island of Tenerife, Spain.

A total of 24 productions coming from nine Ibero-American countries will compete for the statuettes of this first edition. Productions hail from Argentina, Brazil, Chile, Colombia, Ecuador, Mexico, Peru, Spain and Uruguay.

The jury selected four works in the feature film and series categories due to the high quality of the presented works: Ana and Bruno, El libro de Lila, Deep and Tad, the Lost Explorer and the Secret of King Midas.

Finalists in the series category are the Chilean Paper Port (in coproduction with Brazil, Colombia and Argentina), the Argentinian-French The Tiniest Man in the World, the Spanish Pocoyo (fourth season), and the coproduction between Colombia and Spain Old Folk’s Tales (third season).

The complete list of finalists can be found here.

Spain is the most represented nation, with 12 nominations, while Colombia and Mexico have five finalists each. The Spanish feature film Tad, the Lost Explorer and the Secret of King Midas is the work with the most nominations at three, followed by the short films Way of Giants (Brazil) and Cerulia (Mexico) and the feature film El libro de Lila (Colombia) with two nominations each.

The selections were made by an international jury comprised of cinematography historian Giannalberto Bendazzi, producer and distributor Eleanor Coleman, producer and consultant Joan Lofts, and animators David Feiss and Raúl García.

A total of 273 work from 14 countries were presented to the call for entries.