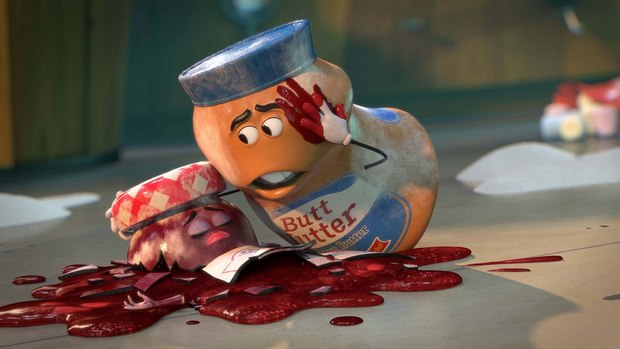 Claiming that “the entire visual effects industry now operates on race-to-the bottom conditions,” according to a report by Deadline, the International Alliance of Theatrical Stage Employees, Moving Picture Technicians, Artists and Allied Crafts of the United States has issued extending “an open invitation to all members of the VFX community to offer assistance.”

The letter, signed by IATSE president Matt Loeb, was posted on the union’s website on Monday. It cites the recent closure of Arc Productions, which locked out employees on August 2 and was subsequently acquired by Boat Rocker Media subsidiary Jam Filled Entertainment on August 22, as well as allegations of mistreatment and unpaid wages by animators at Nitrogen Studios who worked on Sony’s R-rated animated feature Sausage Party.

The IATSE is offering assistance with paperwork to claim unpaid wages to any former Nitrogen Studios and Arc Productions employees, as well as arranging meetings with legal counsel.

The full letter is shown below:

Further to situations that have unfolded within the visual effects community involving employees of Nitrogen Studios in Vancouver and ARC Productions in Toronto, on August 24, the IATSE extended an open invitation to all members of the VFX community to offer assistance. The assistance comes in the form of working with former ARC employees to help them with paperwork required by the government to claim a portion of unpaid wages, and for both the former employees of ARC and Nitrogen, arranging a meeting with our legal counsel to determine if there is a process by which we can move forward.

The IATSE has been working closely with VFX artists for years, many of whom have relayed stories of unnecessary hardship and unfair treatment in the workplace. Many VFX artists have voiced an interest in union representation, but due to a number of factors they have expressed (including the temporary nature of their work and its portability), standing up and uniting has been challenging. The IATSE is inherently familiar with the situation and is encouraging these workers to reach out and begin the conversation.

IATSE has represented working people in entertainment across North America for over 120 years and is uniquely positioned to deal with issues specific to the visual effects industry as it closely mirrors, and is an integral part of, the film and television industry. IATSE International President Matthew D. Loeb stated, “Visual effects workers are in an untenable situation, and something’s gotta give. The entire visual effects industry now operates on race-to-the-bottom conditions, which is unacceptable for these highly skilled people. The IATSE does not want to see this situation continue to go unchecked, so we urge those in the VFX community to contact us for support and assistance. These workers deserve better.”

Interested visual effects artists and technicians are encouraged to reach out to us through the VFX union website.

Deadline also reports that Unifor Local 2000, a union representing media workers in British Columbia, has already filed a complaint with the B.C. Ministry of Labor’s Employment Standards Branch on behalf of the animators who worked on Sausage Party.

Nitrogen Studios has reportedly said the claims are without merit. “Our production adhered to all overtime laws and regulations, as well as our contractual obligations with our artists.”