‘I Lost My Body,’ ‘The Night of the Plastic Bags’ Win Honors at 2020 César Awards 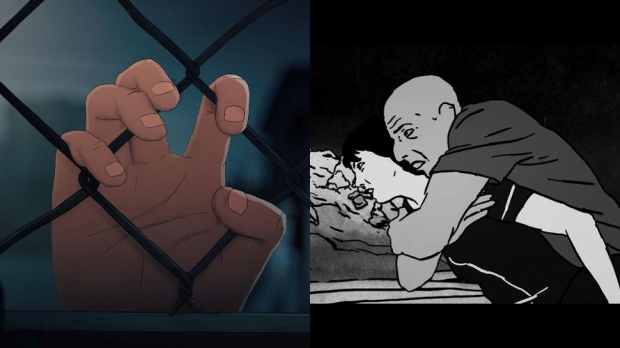 France’s Academy of Cinema Arts & Sciences handed out prizes this past Friday at the 45th César Awards, the country’s highest film honors.

French director Jérémy Clapin took home the award for best animated film for his critically acclaimed I Lost My Body; the film’s composer, Dan Levy, took home the award for best original music. The Night of the Plastic Bags, directed by Gabriel Harel, was awarded best animated short film. The winners were revealed at a gala ceremony on February 28 at the Salle Pleyel in Paris.

I Lost My Body, produced and financed by Marc du Pontevice and his French studio, Xilam, beat out The Bears' Famous Invasion of Sicily, by Lorenzo Mattotti, and The Swallows of Kabul, by Zabou Breitman and Éléa Gobbé-Mévellec.

The film has won 30 awards to date, including three Annie Awards, a double win at Annecy International Animated Film Festival and the prestigious Critics’ Week prize at Cannes Film Festival, in addition to 37 additional nominations including Academy Award for best animated film. Set in Paris, the film examines the life of a young man, Naoufel, who falls in love with a young woman, Gabrielle. In another part of town, a severed hand escapes from a dissection lab, determined to find its body again. During a dangerous expedition across the city, it remembers its life together with Naoufel up until the accident. After an eventful journey, they reconnect in the most unexpected and poetic way.

The Night of the Plastic Bags went up against Emma De Swaef, Marc James Roels’s This Magnificent Cake, Between the Shadows, Osman Cerfon’s I’m Going Out for Cigarettes, Dad & Son, and Jean-Charles Mbotti Malolo’s Make It Soul.

The 2D animated short, a Kazak Productions and Canal+ co-production, tells the story of Agathe, 39, who has but one obsession: to have a child. She finds her ex, Marc-Antoine, a DJ, mixing techno in Marseille. As she tries to talk to him into getting back together, plastic bags come to life and attack the city.

The full list of nominees and winners for the 45th César Awards can be viewed online here.