The Brazilian animation studio will use Unreal Engine and AI to animate and generate music for the upcoming preschool series ‘Kaia's Discoveries;’ the show promotes diversity, empathy, technology and science with music and melodies. 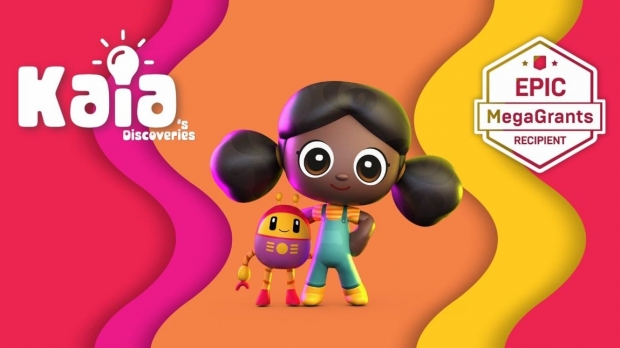 Epic Games has awarded an Epic Mega Grant to Brazilian studio Hype Animation to accelerate production of the studio’s upcoming musical series Kaia's Discoveries. Each episode of the preschool show will be a day in the life of the curious and delightful protagonist, Kaia. Through music and melodies, Kaia and her friends will showcase a world of discoveries with themes of diversity, empathy, technology, and science.

The project aims to challenge how we think about music and animation. In addition to using Epic’s Unreal Engine to automate various stages of production, the project uses state-of-the-art technology to generate music with artificial intelligence and data analysis. With this, Kaia's Discoveries aims to make the animation process itself a leaner and more efficient endeavor while helping to shape the education of a new generation.

"Today, animation still has the stigma of being an expensive and time-consuming process,” explained Hype CEO Gabriel Garcia. “Along with the use of Unreal Engine - which is a perfect way to spur innovation in media production - together with the use of AI algorithms, we want to test the limits of where technology can enhance human creativity.”

Launched in 2019, Epic MegaGrants is a $100 million program designed to support the work of talented teams and individuals worldwide who are working with Unreal Engine, the real-time 3D tool used to create state-of-the-art interactive experiences and entertainment.