Quebec VFX studio has contributed work for upwards of 1,000 advertising campaigns and more than 80 features including ‘Sin City,’ ‘300,’ ‘Avatar,’ and ‘Star Wars: The Force Awakens.’ 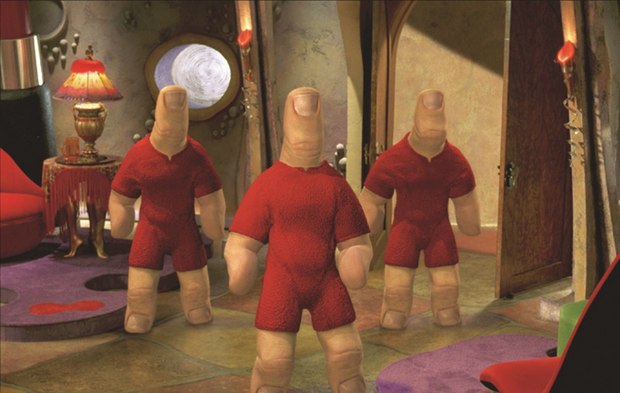 PIEDMONT, QC – Hybride Technologies, a division of Ubisoft, celebrated its 25th year of contribution to the film, television and advertising industries. The company has grown steadily since its creation in 1991, and Hybride’s journey is an impressive one. In 1995, after having dedicated its early years to producing visual effects for commercials, television series and station identification spots, the company set its sights on the production of digital visual effects in movies. Since then, the studio has contributed to over 1,000 advertising campaigns and more than 80 international mega productions, including blockbusters such as Sin City, 300, Avatar, and Star Wars: The Force Awakens.

“Over such a long period, there are always a number of changes. The visual effects industry is a market characterized by constantly evolving technologies and that's why we are continually driven by innovation,” commented Pierre Raymond, President, Cofounder and Head of Operations at Hybride. From day one, we’ve always done things differently. Innovation is part of Hybride’s DNA and that’s what sets us apart from our competition.

Initially, the idea behind Hybride was to create innovative tools through research and development in the field of digital imaging and the production division was created to test these new tools out. "Today we are still extremely active in R&D, which allows us to stay in touch with what’s going on in Hollywood," added Raymond.

Over the years, Quebec’s first digital studio has built a reputation for delivering outstanding VFX for the film and television industry worldwide. Along the way, numerous artists, technicians, engineers and seasoned administrators have joined the four founding partners, bringing their expertise, creativity and technical genius, which have played a key role in the studio’s ability to produce some of the most memorable special effects of the last 25 years.

“Today, our company boasts nearly 125 employees working in two creative spaces, and we are very proud of the quality of our productions and the reputation that we have built on the international market,” explained Mr. Raymond.

“It is a true privilege to be celebrating our 25th anniversary because in the VFX industry, companies that have been in the business for 25 years are quite rare,” said Sylvie Talbot, Communications Director. “The fact that we’ve been able to hold on this long is due, in no small part, to the loyalty and stability of our team that has grown with us and allowed us to evolve and constantly improve.”

"In our industry, Hybride is one of the few companies that still has a truly human dimension and we want to keep it that way," added Michel Murdock, Executive Vice President at Hybride. "What makes me most proud, in addition to Hybride’s longstanding success, is the stability of the team combined with our ability to adapt, grow and develop high quality work that keeps us ahead of the pack.”

“Today, our studio is recognized for its high-level visual effects and stereoscopic expertise that is sought after by television and filmmaking icons around the world,” continued Pierre Raymond. “But like they say in Hollywood, you’re only as good as your last movie, which means that we need to reinvent ourselves constantly.”

The future is promising for the Quebec-based studio, which is busier than ever. In April 2016, Hybride announced the signing of a strategic alliance with special effects powerhouse Industrial Light & Magic (ILM). “This alliance is a huge vote of confidence that will allow us to consolidate our position in the VFX industry. Hybride is extremely proud to partner up with a world-leading VFX studio that has been in the business for over 40 years,” added Raymond.

To ensure that it will “have an effect” for many years to come, Hybride will continue to work actively on film projects while using its expertise to promote Ubisoft’s intellectual properties on the big screen.

“Our mission? To keep innovating with the very same commitment and passion that we had in the beginning… all those 25 years ago,” concluded Raymond.