Award-winning director and screenwriter working with Humble on the development of ‘Sydney Levy’s Sacred Things,’ a coming-of-age transmedia series that uses memory recall as a departure from linear storytelling. 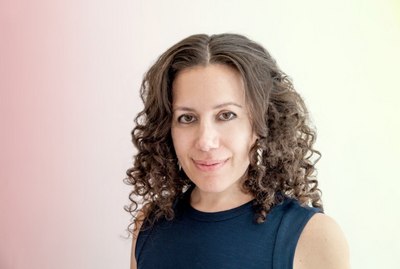 New York, NY -- Bicoastal content studio Humble announced that award-winning director and screenwriter Sasha Levinson has joined its roster for commercial representation. In addition to commercials, Levinson is currently working with Humble on the development of short film “Sydney Levy’s Sacred Things,” a coming of age story that will transform into a transmedia series that uses memory recall as a departure from linear storytelling.

Levinson cut her teeth as a costumer and producer on independent films, commercials, and music videos before transitioning into directing, where she quickly became known for her keen sense of naturalism and compelling storytelling. Over the last decade Levinson has developed and directed branded shorts “Good People” for Nationwide Insurance and “Best Customer” for Gap, directed repeat multi-spot campaigns for McDonald’s, and has worked with dozens of other brands including Starbucks, Hershey’s Kisses, Old Navy, DoubleTree Hotels, Reebok, Hyundai, and others. She also co-wrote feature film “The Bad Penny,” which debuted in 2010 and racked up awards throughout the festival circuit, including the Golden Palm Award at the Beverly Hills Film Festival and Best Feature at the SOHO International Film Festival.

Levinson commented, “There is a sense of beautiful chaos in the commercial production world right now. I’ve never been more excited about being a commercial director because I have the opportunity to truly merge my work as a writer and narrative storyteller with my advertising content knowledge. What drew me to Humble is their clarify of vision, focused methodology, a creative, collaborative team, and a sense of unity across the New York and Los Angeles offices. I’m excited to work with this team on both commercials and original content.”

“Sasha has an original voice and well-rounded strengths, and we’re excited to add her to our roster and to partner with her on original projects like ‘Sydney Levy’s Sacred Things’ and more,” said Persis Koch, Vice President and Executive Producer, Humble. “She has so much to offer and clicked with us right away.”