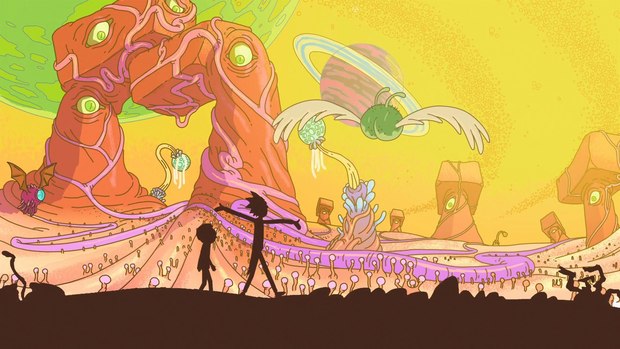 Hulu has ordered two eight-episode seasons of a new animated comedy, ‘Solar Opposites,’ from Rick and Morty co-creator/executive producer Justin Roiland and executive producer Mike McMahan, according to Deadline. The new series, to be produced at 20th Century Fox TV, features a family of aliens who must take refuge in middle America.

Roiland, along with Sean Giambrone and Mary Mack, lead the voice cast. Roiland will voice the characters Terry and Korvo, with Giambrone voicing Yumyulack and Mack voicing Jesse.

The new deal portends an even busier schedule for Roiland, who received a huge, 70-episode multi-season Rick and Morty order from Adult Swim back in May. The hit series was the top comedy in all of television for millennials in 2017 -- the new order should keep fans entertained for some time, calling for twice as many episodes as the show has aired in its first three seasons combined.

This past January, Hulu, which bills itself as the largest streaming home for adult animation, announced a planned reboot of the Peabody and Emmy-award winning Animaniacs, a two-season commitment that also begins airing in 2020.