The Solars don’t understand the holidays, but that won’t stop them from trying! The Hulu Original Special Premiere: ‘A Very Solar Holiday Opposites Special’ streams November 22. 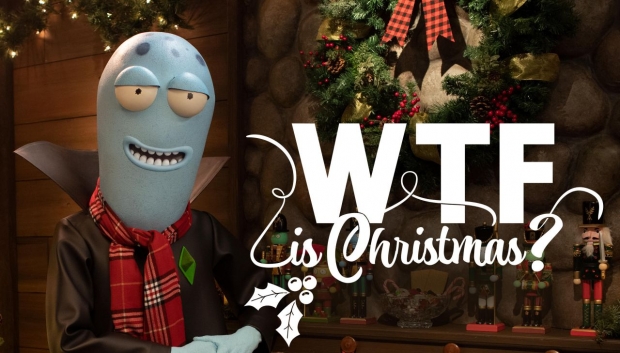 What does Christmas mean to you? Well, if you’re a space alien trying to fit into suburban America, your answer might be “… WTF is Christmas?!” So goes our favorite alien family in the upcoming Hulu Original Special Premiere: A Very Solar Holiday Opposites Special, streaming November 22.

Channel your inner clueless alien by checking out the teaser, aptly named “WTF is Christmas?”:

The series features a team of four aliens who escaped their exploding home world, only to crash land into a move-in ready home in suburban America. They have a shrink ray, gear to fabricate new best friends, and a penchant for coaxing bloody mayhem out of even the smallest human cultural ironies. The four are evenly split on whether Earth is awful or awesome.

Korvo (Roiland) and Yumyulack (Giambroni) only see the pollution, crass consumerism, and human frailty, while Terry (Middleditch) and Jesse (Mack) love humans and all their TV, junk food, and fun stuff. Their mission: protect the Pupa, a living supercomputer that will one day evolve into its true form, consume them, and terraform the Earth.