Hulu Adds to Animation Slate with ‘Animaniacs’ and ‘Woke’ 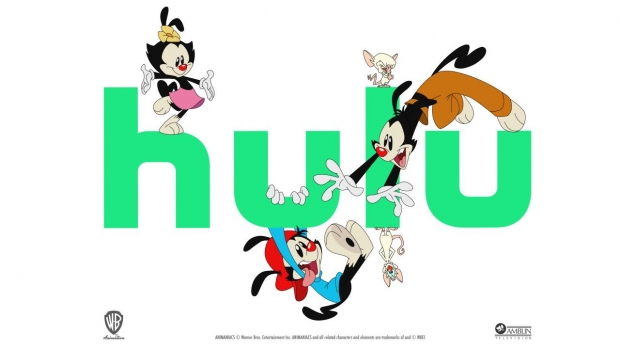 Hulu’s new comedy series, Woke, is inspired by the life and work of artist Keith Knight. The live-action/animation hybrid takes an absurdly irreverent look at identity and culture as it follows Keef, an African American cartoonist finally on the verge of mainstream success when an unexpected incident changes everything. With a fresh outlook on the world around him, Keef must now navigate the new voices and ideas that confront and challenge him, all without setting aflame everything he has already built. Woke premieres on Hulu in September 2020.

Hulu, Amblin Television and Warner Bros. Animation are resurrecting the iconic series, Animaniacs, with a brand-new version of the family friendly cartoon. Originally created by Tom Ruegger (Tiny Toon Adventures, Pinky and the Brain, and Histeria!) and produced by Steven Spielberg for Fox Kids, the popular animated variety show finished its run in 1998. The new series premieres on Hulu Friday, November 20.

In Animaniacs, Warner siblings, Yakko and Wakko, and Warner sister Dot, enjoy wreaking havoc and mayhem in the lives of everyone they meet.  After returning to their beloved home, the Warner Bros. Water Tower, the Animaniacs waste no time in causing chaos and comic confusion as they run loose through the studio and beyond, turning the world into their personal playground. Joining Yakko, Wakko and Dot, fan-favorite characters Pinky and the Brain will also return to continue their quest for world domination in each of the 13 episodes.

Hulu recently hosted the first HAHA Awards (Hilarious Animated Hulu Awards), which offered fans a chance to vote for the year’s best adult animated TV shows and characters currently streaming on the streaming platform. With 40% of Hulu’s viewers watching adult animation each month, the platform recognizes their audience’s growing appetite for mature-themed cartoon content; their commitment to expanding such programming is reflected in Hulu’s programming.

As part of The Walt Disney Company, Hulu has gained remarkable momentum over the past year, surpassing 35 million subscribers as of August 4, 2020. The streaming platform also saw a nearly 40% increase in engagement (total hours watched) with its original programming in 2020, as well as a 43% year-over-year lift in social media interest.