Hollywood Post Alliance will celebrate the careers and contributions of Alan Heim and Randy Roberts at the 9th Annual HPA Awards Show. 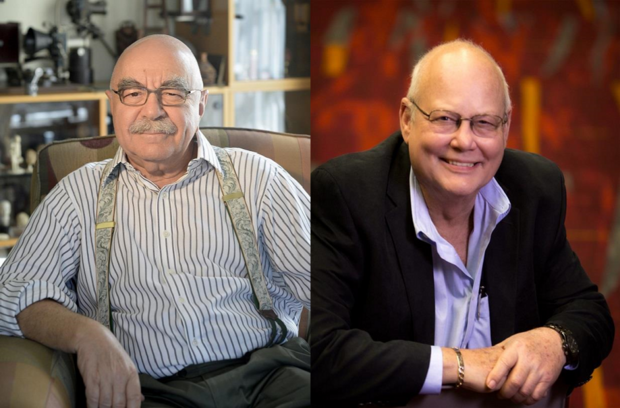 The Hollywood Post Alliance (HPA) has announced that Alan Heim, ACE, and Randy Roberts, ACE, will each receive one of the organization’s highest honors, the Lifetime Achievement Award. The special awards, which are determined by the HPA Board of Directors and a select committee, are presented to honorees whose contributions to the field of post production are significant. Heim and Roberts will be on hand to accept their awards at the 9th Annual HPA Awards Show on November 6, 2014, at the Skirball Cultural Center in Los Angeles, CA.

Leon Silverman, President of the HPA, said, "The bonds between editors and other members of the post production community are amongst the most binding. It is an honor to celebrate the work of these two wonderful men with this award, which is given in recognition of their creativity, dedication and service to our industry. Alan and Randy have both served as President of American Cinema Editors, bringing awareness and respect to the role of editorial during this exciting time of industry transition. In addition, they have made important contributions to the art and craft of editing through their hard work and dedication. It is a personal and professional honor to be able to recognize them with this award. I have been honored to have worked with both Randy and Alan in our professional roles as well as in the HPA's collaboration with ACE for many years. I could not be more delighted to give these two men this award, which means so much to me personally and to the HPA.”

Alan Heim, ACE
HPA Lifetime Achievement Award recipient Alan Heim, ACE is a native New Yorker whose credits and awards span feature films and television. Early in his career, he worked on many television shows as a sound editor, eventually working with Sidney Lumet on a number of films including The Pawnbroker and The Group, and with Mel Brooks on the original version of The Producers. He also worked as a music editor on Paul Newman's Rachel, Rachel. He then became a picture editor and edited The Sea Gull for Lumet, The Twelve Chairs with Brooks, and many other projects, including Godspell, She's Having a Baby and Funny Farm. Heim won an Emmy for Liza With a Z, directed by Bob Fosse. That was the beginning of a collaboration that spanned three films: Lenny, All That Jazz and Star 80. Heim won an Oscar, BAFTA, and ACE Eddie Award for All That Jazz. He also edited Network for Lumet, for which he was again nominated for an Oscar. Heim moved to Los Angles in 1994, where he worked on American History X, The Notebook and Alpha Dog. In addition, Heim won an Emmy for editing the miniseries Holocaust, and was nominated for Introducing Dorothy Dandridge, and Grey Gardens. He is currently President of both ACE and the Motion Picture Editors Guild.

Heim commented, “I learned to edit on the Moviola, then the Kem and Steenbeck and other venerable mechanical systems and have spent some years meeting with many of the people who have advanced the technologies that impact the editing room. We are all in service to telling great stories. I have been privileged to be a part of my community – MPEG and ACE – and that work continues to be very important to me. To be honored with this award from my peers in the post production community is extremely meaningful, and the recognition of my colleagues is deeply appreciated.”

Randy Roberts, ACE
Honoree Randy Roberts, ACE, has served the American Cinema Editors tirelessly for nearly two decades; as a member of the board of directors since 1996, as vice president from 2005-2008, as president from 2008-2012, and currently as the organization’s director of marketing. Roberts is one of the originators of EditFest, a global series of editing festivals that highlight the art and business of film editing. He helped to implement ACE Tech Day to help ensure that the organization’s membership remain at the top of their field in technology. Born into the entertainment industry in Burbank, California, Roberts began his career in front of the camera with a number of roles in movies, TV shows and commercials during his youth. Eventually, he worked his way into the Film Editing Department at Warner Bros. and an apprenticeship with the union.  His first feature film editing credit was on Richard Pryor’s Greased Lightning, followed by projects with Francis Ford Coppola (One from the Heart), Robert Evans (Players), David E. Kelley and Dick Wolf, to name just a few. In addition to his motion picture and television editing credits, which include Chicago Hope, LA Law, The Agency and Tour of Duty, Roberts’ career has also included directing a number of episodes of network television, but his first love remained the cutting room. He spent the last decade working as supervising producer on the long-running hit series Law and Order: Special Victims Unit. He is an ACE Eddie Award winner and nominee, a Primetime Emmy Award nominee, and the recipient of the American Cinema Editors’ Heritage Award.

Of being honored, Roberts said, “My career in this industry is an incredibly important part of my life, coaxing stories into life, working with some of the greatest people I have ever known. I have enjoyed the collaboration and participation of so many people and companies in the post production community, and it has consistently been a great partnership. To receive this award from my friends at the HPA is heartwarming and means the world to me. I am personally grateful, but also want to say thank you for recognizing the incredibly important role of editors in our industry.”

In addition to the Lifetime Achievement honors, winners in 12 craft categories, special awards for Creativity and Innovation, and the Engineering Excellence Award will be bestowed at the HPA Awards gala on November 6th.