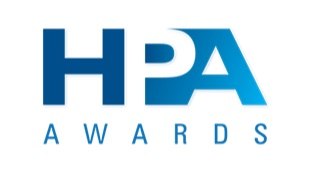 LOS ANGELES -- The Hollywood Professional Association (HPA) has announced the opening of its Call for Entries in the Creative Categories for the 11th annual HPA Awards. These categories, considered the standard bearer for groundbreaking work and artistic excellence, recognize creative artistry in the field of post-production.

The HPA Awards promote the achievement of talent, innovation and engineering excellence in the larger professional media content industry. The 11th annual gala awards presentation will be held on the evening of November 17, 2016 at the Skirball Cultural Center in Los Angeles, California.

Entries for the Creative Categories will be accepted between May 16 and July 8, 2016, and Early Bird Entries (reduced entry fee for the Creative Categories) will be taken through June 10, 2016. To be considered eligible, work must have debuted domestically and/or internationally during the eligibility period, September 9, 2015 through September 6, 2016. Entrants do not need to be members of the Hollywood Professional Association or working in the U.S.

As announced previously, the Call for Entries remains open for the following special award categories:

These awards will also be awarded at the November gala.  he May 20, 2016 deadline is approaching for entries in these special competitive categories.

Additional honors, including the HPA Lifetime Achievement Award, will be announced later this year.

Seth Hallen, President of the HPA and a founding member of the HPA Awards Committee, commented, “Over the past 10 years, the HPA Awards have grown to become one of the most important venues of recognition for creative talent in our industry.  Considered a standard-bearer, these awards are uniquely meaningful to the winners and nominees since the judging panels are made up of their peers.  I heartily encourage individuals and companies that worked on all of the amazing projects from the past year to enter the HPA Awards creative categories.  This is our opportunity to shine a light on the talent and effort that goes into bringing stories to life and to the individuals who play such important roles in making it all happen.  We look forward to another very special event on November 17th.”

A list of the previous years’ winners is available here. Complete rules, guidelines and entry information for the Creative Categories and all of the HPA Awards are available HPA Awards website.