‘How To Train Your Dragon: The Hidden World’ To Screen at TAAFI 2019 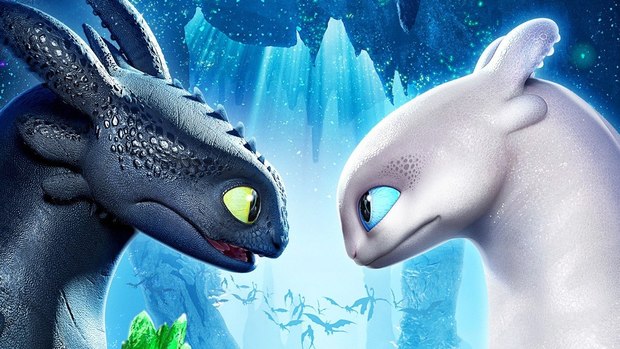 Written and directed by Dean DeBlois, ‘How To Train Your Dragon: The Hidden World’ opens in North American theatres on February 22.

TORONTO -- The Toronto Animation Arts Festival International has announced that it will host a screening for DreamWorks Animation’s feature film, How To Train Your Dragon: The Hidden World, followed by a Q&A with Canadian Director and Writer, Dean DeBlois and Canadian actor Jay Baruchel.

The screening runs on Saturday, February 16 at 7:15 PM at the Hot Docs Ted Rogers Cinema during the TAAFI 2019 Festival, which showcases more than 100 animated shorts and four feature films from more than 50 countries worldwide. “We’re excited to screen this animated feature film by DreamWorks Animation, a world-class animation powerhouse,” said TAAFI chair Ben McEvoy. “Additionally, this is a special screening for TAAFI as we celebrate Dean DeBlois and his work to elevate Canadian talent in the animation industry.”

Jay Baruchel is a Canadian actor and screenwriter. Baruchel is known for his roles in the How To Train Your Dragon franchise, Knocked Up, This Is the End, The Sorcerer’s Apprentice and more. He began his career in television prior to his role in the Oscar-winning film Almost Famous.

From DreamWorks Animation, How to Train Your Dragon: The Hidden World is a surprising tale about growing up, finding the courage to face the unknown and how nothing can ever train you to let go. What began as an unlikely friendship between an adolescent Viking and a fearsome Night Fury dragon has become an epic adventure spanning their lives.

Now chief and ruler of Berk alongside Astrid (America Ferrera), Hiccup (Jay Baruchel) has created a gloriously chaotic dragon utopia. When the sudden appearance of female Light Fury coincides with the darkest threat their village has ever faced, Hiccup and Toothless must leave the only home they’ve known and journey to a hidden world thought only to exist in myth. As their true destinies are revealed, dragon and rider will fight together -- to the very ends of the Earth -- to protect everything they’ve grown to treasure.

How To Train Your Dragon: The Hidden World opens in theatres in North America on February 22.