‘House of the Dragon’ Debuts with Incest, Gore, and the Rise of Oppressed Women

While reviews are mixed for the first installment of the highly anticipated ‘Game of Thrones’ prequel series, many agree the casting and portrayal of women dealing with the horrors of misogyny are the shining stars of the episode. 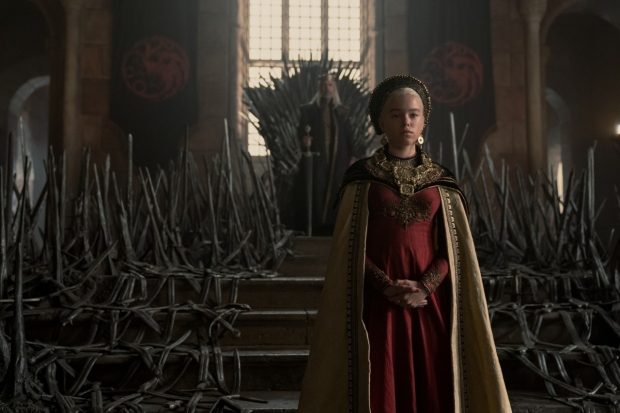 The Targaryen clan is back and fierier than ever! The long-awaited Game of Thrones prequel series House of the Dragon has finally premiered and there is plenty of gore, dragons, incest, and political infighting to go around. While the pilot episode “The Heirs of the Dragon” has successfully revived the familiar Game of Thrones rad-then-sad vibes with a vengeance, critical opinions are mixed.

Now that reviews have begun to stream in from both critics and audiences alike, there seem to be a couple common negative sentiments. First, while all the dragons are neat, the VFX isn’t always up to par and the dragons themselves don’t seem to have any lasting importance yet.  Second, the series may suffer from too much Targaryen, and not enough of the masterfully interlaced subplots that made Game of Thrones so compelling.

However, many critics agree the shining stars of the episode are indeed the stars themselves: casting on the show is brilliant. Matt Smith makes a formidably debauched Prince Daemon, Paddy Considine shines as the aging, once mighty king Viserys, and Rhys Ifans is the perfect scheming Hand Otto Hightower that audiences will love to hate. More compelling still are the female characters of the series, played by Emily Carey as Alicent, Emma D’Arcy and Milly Alcock as Rhaenyra, Eve Best as Rhaneys, and Sian Brooke as Lady Aemma, and how they factor into the larger plot.

Through the use of blatant misogyny and violence towards women, “The Heirs of the Dragon” has setup the entire series to focus on the narrative of women, how they influence men behind the scenes, and how they may eventually subvert their shackles and rise to power. In the era of a dismantled Roe v. Wade, the disregard of female autonomy (let’s not even talk about that birth scene) is an extremely important theme to bring forth awareness and change. As director and showrunner Miguel Sapochnik told The Hollywood Reporter, “In medieval times, giving birth was violence. It’s as dangerous as it gets […] We have a number of births in the show and basically decided to give them different themes and explore them from different perspectives the same way I did for a bunch of battles on Thrones.” Let’s hope the medieval treatment of women stays in Westeros.

“The Heirs of the Dragon” was written by Ryan Condal and directed by Miguel Sapochnik, the series’ two showrunners. Watch Episode 2 of The House of the Dragon August 28, 2022 on HBO Max.