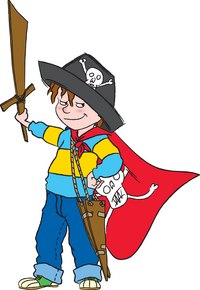 Leading independent producer Novel Entertainment has secured a deal with SVOD powerhouse Netflix for the incredibly successful Horrid Henry (156 x 11’). The deal, which covers UK and EIRE, will see Netflix releasing seasons one to three of the show over the next year, with the first season debuting this month. The seasons will be made available one at a time on the digital platform in the coming months.

Netflix also holds a non-exclusive SVOD deal in the US for season one of the series.

“We have been actively growing the digital presence of Horrid Henry and this deal with Netflix is a major part of our plan to make the show available to audiences beyond its successful platform on linear television,” says Mike Watts, co-producer for Novel Entertainment.

Horrid Henry is one of the most popular animated children’s shows ever in the UK. 2014 is set to be a landmark year for the brand, with the commissioning of an unprecedented fourth series (52 x 11’) for CiTV, which is expected to commence airing later this year. Novel’s three times BAFTA-nominated TV show has been a huge success for CITV and the brand has been extended to include film, stage, games, radio, audiobooks and online as well as being at the heart of a successful licensing and merchandising programme. The show is consistently the most watched programme on the CiTV channel and has a significant and growing social media following.

A Novel Entertainment production, Horrid Henry is produced by Lucinda Whiteley and Mike Watts for CiTV.