Director and designer best known for his stylish motion graphics work and bold designs, including 2012's viral video 'Make it Better,' has worked with some of the biggest brands and nonprofits in the world. 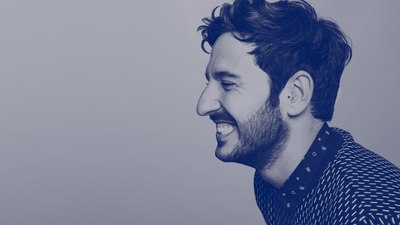 London -- Hornet has announced Clim’s official representation on the Hornet London directorial roster. With over eight years of in depth industry experience, multinational brand presence and a quickly expanding client base, director and designer Clim

has been anything but bored this summer. Best known for his stylish motion graphics work and bold designs, Clim’s strong aesthetic refuses to blend into the background. Embellishing his work with clever transitions and quick-witted humor, Clim’s portfolio includes films for some of the biggest brands and nonprofits in the world. And today, it’s with great enthusiasm that Hornet announces his official representation on the Hornet London directorial roster.

Clim’s solid background in graphic design and animation helped him open his own studio at the young age of 23 before moving to London at age to freelance when he was 25. His self-described "pixel perfect" style and clean compositions ultimately landed him a job at a British advertising agency, quickly earning recognition for his iconic, visually balanced pieces. In early 2012, his collaborative film Make It Better went viral and garnered over half a million views, highlighting his capabilities and giving Clim the exposure he needed. His fan base tripled, his inbox overflowed and his personal projects -- like Instagram series OJO -- begot professional work.

Since then, Clim has strengthened his skill set and kept his work schedule stacked, stepping down in his role as one half of Sebas & Clim to strike out on his own. In addition to speaking at Motion Plus Design in Paris this September, scheduling the launch of a new website at the end of fall, and releasing a collaborative short film later this year, Clim has recently taken on social media mogul Facebook as a client.

“I’m always trying to explore new ways to communicate my concepts and ideas,” said Clim, “and working with Facebook has been an exciting new part of that.”