Hornet Directors Yves Geleyn and Dan & Jason pair up on new spots for the National Society for the Prevention of Cruelty to Children, Britain's leading children's charity fighting to end child abuse. 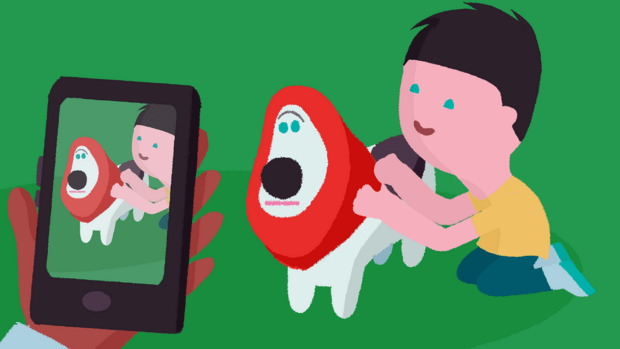 Hornet directors Dan & Jason and Yves Geleyn came together on this campaign for the National Society for the Prevention of Cruelty to Children (NSPCC), Britain's leading children's charity fighting to end child abuse. The cautionary spots tell two different stories of how social media can influence and affect children, and unfortunately, how it can sometimes harm them.

The first video, “I saw your Willy,” released on Friday in the U.K., tells the story of a young boy whose private image quickly goes viral.

“When we grew up, there was no internet. Information travels so quickly today,” said Hornet director Dan Abdo. “Our hero does something seemingly harmless, but then it escalates and all the sudden he’s in over his head. Things like that happen to kids all the time, and it was nice for us to be able to explore that narrative in this project.”

The second video, “Lucy and The Boy,” cautions about the risks of sharing personal information online and how it can lead to uncomfortable and sometimes dangerous situations.

The campaign’s simple but graphic design and saturated tones can be seen throughout both films and carries a playful but relatable perspective throughout each story.

“It was exciting for us to work with Adrian (Johnson, Lead Character Designer) on these spots,” commented Hornet director Yves Geleyn. “Between all of us, we reached a good balance that looked cute and inviting but transitioned well into the darker, more menacing moments of both scripts.”

The collaborative effort from all three directors was a unifying experience, and a good example of their combined styles and aesthetic.

“The trio between all three of us worked out really well. We’ve been together at Hornet for a long time, and although our reels are very different we found the comfort zone for everyone,” added Geleyn. “It was a great group effort and it was especially nice because we had really strong creative direction from Leo Burnett.”