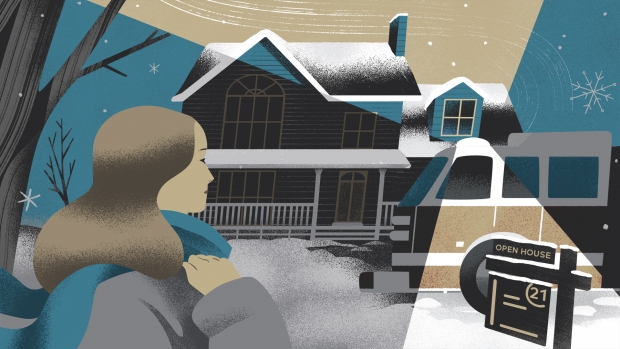 To celebrate 50 years of business, Century 21 teamed up with Hornet directors Natalie Labarre and Yves Geleyn to highlight through animation a half century of real estate stories. Across a set of 2D animated short films and dozens of illustrations the directors bring an array of real-life realtor tales to life.

The directors know each other well; Labarre worked as lead animator for various Geleyn-led projects (PLANimation, Huggies) prior to earning her directorial title. “The best part of this project was teaming up with Natalie,” shared Geleyn. “We merged our two worlds together to make this film. The fun part was creating that hybrid-world and seeing what we could do together.”

“It was fantastic working with Yves,” added Labarre. “We have similar tastes, and we complement each other well. We were very much in this together every step of the way.”

The result is a series of shorts not just distinctly Labarre and Geleyn, but on-brand for Century 21. For example, one key design theme is the inclusion of Century 21’s revamped brand color palette. Golds, grays, and beiges are used throughout all the films. Each film also comes with its own distinct color accent to drive the narrative forward and differentiate the stories. That was a big part of the creative challenge—ensuring each story felt unique yet also congruent under the Century 21 brand umbrella.

The films feature voiceover from the real estate agents themselves, told in real-time with all the perfectly imperfect anecdotes and non-linear emotions that go along with it. Check out some of the spots here: