Localized versions of hit preschool shows ‘Max & Ruby,’ ‘Wanda and the Alien,’ and ‘Peg + Cat’ are set to premiere on the Vodafone PLAY subscription service in Iceland.

LONDON/ICELAND -- Hopster, the service that helps kids learn through the shows they love, has signed a carriage deal with Vodafone Iceland, which will see the service join the mobile and IPTV provider’s SVOD service -- Vodafone PLAY.

Hopster is now available in all three Vodafone PLAY subscriptions across Iceland -- Vodafone PLAY, Vodafone PLAY M and Vodafone PLAY L -- and will be bringing hundreds of local-language episodes of its trademark hand-picked shows to kids all over the country.

The partnership between Vodafone Iceland and Hopster means that kids in Iceland will now be able to enjoy some of the most popular preschool programs in their native language. They will have access to hit shows such as Thomas & Friends, Pingu, Bob the Builder in Icelandic, in addition to some popular national nursery rhymes, all supporting Hopster’s special early years’ curriculum.

Hopster has also been working on the localization of other hit shows, including Max & Ruby, Wanda and the Alien, Peg + Cat, which will also be premiering on the Vodafone PLAY subscription service.

Vodafone has been investing in cross-platform video services for its customers for the past eight months and launched Vodafone PLAY in April 2015. The addition of Hopster to the Icelandic production offering harmonies well with the company’s CSR practices, where the “Play-to-Learn” approach goes hand in hand with its current emphasis on the importance of good communication and responsible behavior on the internet. 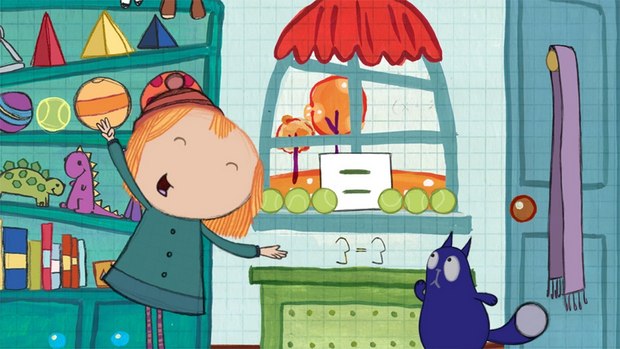 The accompanying mobile app is currently in the works and will be launching in Iceland early 2016. Similar to the English-language version of the app, as well as the shows, it will include Hopster’s suite of educational games and interactive interface, all in Icelandic.

“We’re really excited to be working with Vodafone Iceland. Their approach ties in nicely with what we believe in at Hopster, which is helping kids to learn through the shows they love, in a safe and ad-free environment that’s built just for them,” said Hopster founder and CEO Nick Walters. “We look forward to introducing Hopster to children and parents across Iceland, and feel it’s important they enjoy the app to the fullest without any language barriers.”

“We are thrilled with the agreement with Hopster and very excited to offer our customers this great kids TV and learning VoD platform, something we are confident that will be very well received in Iceland,” added Björn Víglundsson, COO at Vodafone Iceland. “We couldn’t be happier to be able to include Hopster in our TV offerings and look forward to the partnership. The Play-to-Learn approach of the content included is of great importance and goes well with our approach of products for the younger generation growing up.”

Hopster helps kids to learn through the shows they love, striking the perfect balance between learning and fun. Since launching in December 2013, Hopster has quickly become one of the UK’s favorite kids TV and learning apps. It was named as one of the App Store’s Best Apps of 2015 and 2014, and is regularly the UK’s #1 top grossing kids app. It has also topped the kids app charts in 16 countries (and counting) and its founder and CEO was named Start-Up Entrepreneur of the Year at the 2015 Great British Entrepreneur Awards. For one low monthly subscription (£3.99 in the UK) with no long tie-ins, Club Hopster subscribers get access to all the best kids shows made even better with academically-vetted learning games on all their favorite devices. Over 400,000 families worldwide already trust the award-winning, safe, and ad-free world to keep their kids entertained and stimulated.

Hopster is available for free from the App Store on iPad, iPhone and iPod touch in over 100 countries, and now also on Apple TV and Android devices.