HopMotion Partners with One World Animation 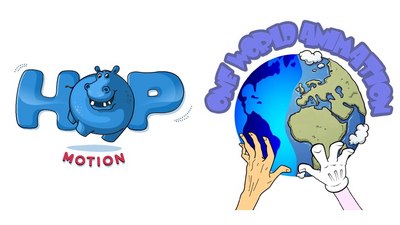 Indian animation studio HopMotion Animation announced that it has formed a partnership with Ottawa-based One World Animation (OWA) with the aim of creating new original properties for the North American market.

The new partnership will be led by HopMotion founder Anish Patel and COO Neel Lukkani.

“We are super happy to partner with OWA,” Patel says. “Along with our domestic market shows, we get to work on some of the best international animated television shows. But the most exciting thing about the partnership is creating an international IP for the North American market together with OWA.”

“With HopMotion I have an already established relationship. We worked together in the past and have thrived by learning so much from each other,” OWA president A.J. Cote comments. “Over the years, though far apart, we have continued our partnership. Since joining forces with HopMotion with Neel at the helm, we have been working hard and I have been seeing amazing results because of their hard work. We will continue to garner interest in our services because of this synergy.”

Cote and Lukkani have an eight-year history together bringing productions to life while pushing the limits of Toon Boom Harmony software. Cote’s history with Toon Boom goes back to 2003 when it was being beta tested at Mercury Filmworks, and it has since become the premier 2D animation software used by all major animation producers. As a worldwide trainer for Toon Boom Animation, Cote has held almost every position possible in 2D animation production.

Cote believes the only way to success is to have a production pipeline that can use resources worldwide and create a seamless production that operates almost 24 hours a day. “We can always take contracts from anywhere without fear of delays in production due to time zone differences,” he says. “With HopMotion leading the way in an opposing time zone, I can trust everything is under control even while I sleep.”