District Judge Lucy Koh rejects the requests of Disney, DreamWorks, Pixar, Sony and other Hollywood studios to dismiss claims the companies violated antitrust laws by conspiring to suppress the wages of animation and VFX artists. 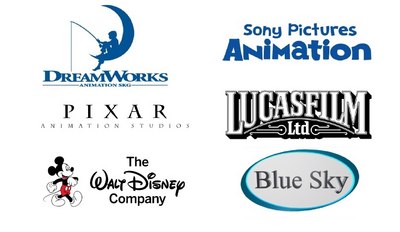 DreamWorks Animation, Sony Pictures, 20th Century Fox-owned Blue Sky Studios and The Walt Disney Company and its Lucasfilm and Pixar units were each handed a major setback in a class-action lawsuit claiming the companies violated antitrust laws by conspiring to suppress the wages of animation and VFX artists via non-poaching agreements.

According to a report by Reuters, on Thursday afternoon U.S. District Judge Lucy Koh in San Jose, CA rejected the studios’ request for dismissal. Koh reportedly said emails and other evidence suggested that the studios agreed not to solicit each other's workers, shared information about pay practices, offered “misleading, pretextual” reasons to justify why wages were not higher, and took steps to keep their conspiracy a secret.

“These allegations raise a plausible inference that defendants entered into an express agreement to suppress compensation,” she wrote in a 55-page decision.

Koh had dismissed the lawsuit in April, partly because many claims were brought too late, but said the plaintiffs could file an amended complaint within 30 days. On Thursday Koh said the amended complaint sufficiently alleged that the studios tried to fraudulently conceal their conspiracy and that the statute of limitations could therefore be put on hold.

Arrangements to freeze wages and not poach employees were the subject of an investigation and lawsuit by the U.S. Justice Department in 2010. Several companies agreed to a prohibition against enforcing anti-poaching pacts for a period of five years, which ended the DOJ review, but in 2011, a class-action lawsuit was brought against Pixar, Lucasfilm, Apple, Google, Adobe and Intuit. The first two companies settled claims for $9 million while the other companies have gone to an appeals court after Koh rejected a $325 million settlement as insufficient.