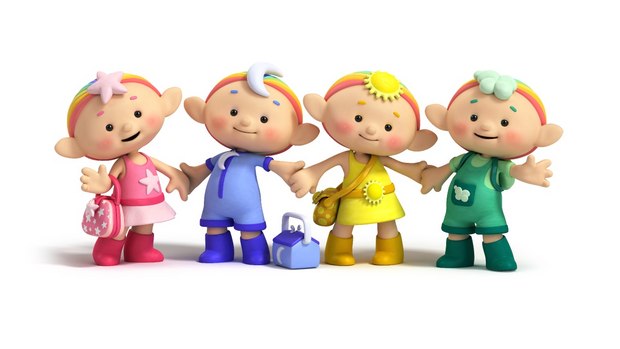 LONDON -- Hoho Rights, the commercial arm of kids production company Hoho Entertainment, has announced new partnerships for its preschool series Cloudbabies (52x10’) and Abadas (52 x 11’) with major SVOD platforms Hopster and Playkids. The programs will be available in multiple territories including the U.S. and U.K.

Meanwhile the company has also joined forces with X-Media Digital, Russia’s number one YouTube partner to launch Cloudbabies in the Russian language.

“We have to embrace the ever changing landscape of children’s content distribution and working with companies such as Hopster, Playkids and X-Media, who are experts in the digital world, is a great way to introduce our shows to new audiences,” said Helen Howells, Joint Managing Director, Hoho Rights.

“As the number-one learning and entertainment app, we’re always looking for great quality preschool content to entertain and educate our users,” added Hopster CEO Nick Walters. “We are glad to introduce Cloudbabies and Abadas to families in over 100 countries as they fit our unique offering perfectly and make learning fun for kids.”

“We successfully represent content for children 0+ and our audience is growing alongside our expanding portfolio of quality pre-school programs,” commented X-Media’s Head of Licensing, Natasha Khitrova. “We’re confident that our young Russian viewers will soon be falling in love with the Cloudbabies too.”

Created by award-winning art director Bridget Appleby, Cloudbabies (52 x 10’) premiered on CBeebies in the U.K. Aimed at preschoolers, the enchanting series features the adventures of four toddlers whose job it is to look after the sky and their Sky Friends. Abadas (52 x 11’) is a mixed-media animation and live-action series that helps kids learn new words in a fun way. Join Ella the fox, Harry the hippo, and Seren the bat on a magical adventure as they try to figure out the meaning of a word in each episode.

These latest deals come after the recent announcement that Hoho Entertainment has also sold its anarchic, animated comedy Everybody Loves a Moose, 52x7’ series to TG4 in Ireland, Sic K in Portugal and Portuguese language channel DSTV in Angola and Mozambique.

Everybody Loves a Moose has proved to be a ratings winner for its premiere broadcaster Rai Gulp, sitting comfortably as the second-highest rating animated show on the channel.