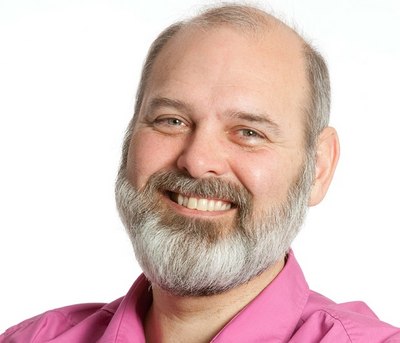 Michael Carrington has been named as the new CEO for Zodiak-owned UK production company The Foundation, part of Zodiak Kids. He joins The Foundation from HIT Entertainment, one of the world’s leading preschool entertainment companies, where he held the position of Vice President of Global Content & Executive Producer.

The hire is the first under recently appointed Zodiak Kids CEO Jean-Philippe Randisi, who joins Zodiak Media from ITV Studios, strengthening the group’s commitment to deliver outstanding creative content for kids around the world. The appointment follows the departure of Nigel Pickard, who stepped down from the role of CEO earlier this year.

Randisi said, “Michael is an exceptional creative and his experience in the Kids TV Business is unrivalled.  His appointment marks our continued commitment to deliver the very best in kids programming and expand even further our global footprint as a kids producer and distributor.”

“It's an honor to be asked to lead The Foundation at a time when the company's prospects have never been greater, thanks to its reputation for creativity and talent for exceptional storytelling,” said Carrington. “It was a difficult decision to leave HIT, but what clinched it for me was the amazing opportunity to work across so many different formats, genres and age groups. My ambition now is to grow the business and cement The Foundation's status around the world as a leading producer of first-rate content for kids."

Carrington is known for commissioning and producing some of the most engaging children's programmes of recent times. At HIT Entertainment he is credited with rejuvenating Thomas & Friends and he led the reboot of Bob the Builder. Previously as Chief Content Officer for Cartoon Network Europe he was Executive Producer on multi-award winning series The Amazing World of Gumball. His experience includes the launch and international expansion of preschool channel Cartoonito, and establishing Cartoon Network Studios Arabia. While serving as Controller of CBeebies, the BBC’s pre-school channel, Carrington commissioned a long list of acclaimed programs like In the Night Garden, LazyTown and Charlie & Lola.  Under his creative leadership CBeebies won (for the first time), the BAFTA for Children's Channel of the Year, and the Royal Television Society’s Craft and Innovation Award.