‘Bob the Builder’ begins an all new CG adventure with a renewed voice cast, to be delivered by HIT Entertainment in late 2015. 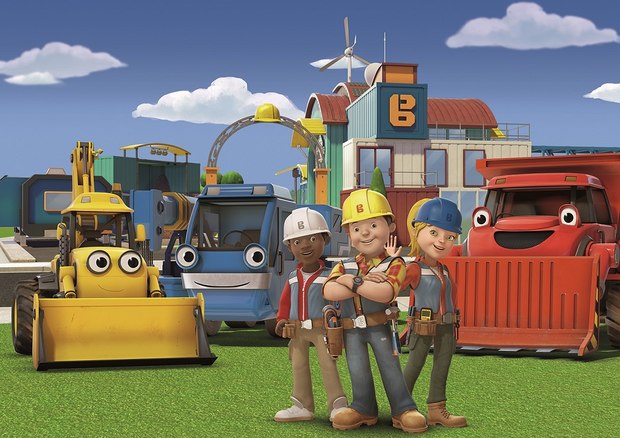 HIT Entertainment, one of the world's leading pre-school entertainment companies and a subsidiary of Mattel Inc, has unveiled the all-new look for Bob the Builder who will bring construction to life for millions of children in the upcoming CG-animated series of the show.

The new CG-animated series – which will be delivered in late 2015 – will see Bob the Builder continuing to bring the world of construction to life for kids, with exciting characters, new relatable locations and an aspirational hero.

By telling stories through positivity, teamwork and learning, the updated series will carry on the show’s long-tradition of exciting pre-schoolers in a unique, fun and dynamic way, building out their world within an engaging and immersive construction experience.

From the top of his yellow hard hat to the toes of his boots, Bob is ready to go! No project is too big, no problem too hard to solve. Bob is brimming with new ideas and exciting ways to execute them.

For the new series, Bob’s world has expanded. The seaside village of Fixham is still there, but he has a new home and an impressive new yard on its outskirts.

All of the show’s core characters return for the new series, including Wendy and popular vehicles Lofty, Muck and Scoop. Other fans’ favourites Roley and Dizzy also remain. There will be new faces for viewers to meet, including apprentice Leo, Mayor Maria Madison, young sports club members ‘The Spring City Rockets’ and two new machines: a heavy-lifting low-loader truck ‘Two Tonne’ and a tower crane named ‘Tiny’.

As well as a new look, the voice cast has also been renewed in the latest development in the series’ history.

Bob will now by voiced by film and TV actor Lee Ingleby. Lee will be known to audiences for his roles playing Stan Shunpike in Harry Potter and the Prisoner of Azkaban, as Detective Sergeant John Bacchus in the BBC’s Inspector George Gently, and most recently as George Mottershead in the BBC’s drama series, Our Zoo.

Lee commented, “I was very excited to be given the opportunity to be the voice of such a well-loved character. My little nephew is such a huge fan of Bob that I had to jump at the chance. Capturing a child's imagination is such an import development in life and I think Bob the Builder is great for that. It's fun, colourful and educational. I just wish I was half as good at DIY as Bob is.”

Inbetweeners star Blake Harrison – famous for playing Neil Sutherland in the E4 comedy – is also joining the cast to voice the part of Scoop, while Downton Abbey’s Joanne Froggatt is to perform the voice of Wendy.

Blake commented, "I'm really excited to be a part of such a long running successful series. I'm even more excited to be involved in a project that my daughter can watch before she's 30. Working on an animation is completely new to me, but as a method actor I know only one way to prepare for a role, so I've painted myself yellow and am now offering to dig up anything you may need!”

Joanne – who parents will recognise from her roles as Anna in BBC period drama Downton Abbey and as Zoe Tattersall in ITV1 soap Coronation Street - said she couldn’t resist the role. She added, “My Godchildren are huge fans of the show so I'm looking forward to seeing their reactions when the new series airs. Bob the Builder has become something of an institution in children's television, so on a professional level I am very proud to be a part of it.

“Wendy is a strong and positive female role model and I think it is important that children's television reinforces positive social values. Bob the Builder is a show that provides entertainment, education and excitement for children. It is a great show to be involved in and incredibly fun to record."

Actor Jacob Scipio, who voices Bob’s new apprentice Leo, said, “Humans have the extraordinary ability to connect to one another simply though an expression, kids especially. Animation differs to any other acting job I’ve had in the past as I can only tell Leo’s story through my voice. In many ways, the character of Leo reminded me a lot of myself, keen to learn, passionate and sincere.

“I like to play around with the character, as I find that the easiest way to see what works and what doesn’t for him; it’s a sort of fun trial and error.”

Bob the Builder has also been rebranded with a refresh of the show’s logo, featuring a new ‘B’ icon which will appear throughout on items including Bob’s workwear, key power tools, mobile office, tech, home and yard.

HIT Entertainment will produce two series of 52 x 11’ episodes of the popular pre-school show – plus 1 x 60’ special due for delivery in 2017.

Bob the Builder is currently watched by millions of children around the globe in more than 100 territories and is translated into 45 languages.

Christopher Kennan, VP Global Content & Executive Producer at HIT Entertainment said “I am looking forward to viewers reactions to the new series. While the new series retains the emotional warmth that has always given Bob the Builder a firm place in the hearts of young viewers, it’s now packed with more humour than ever before.”

Kate Schlomann, VP Global Brand, HIT Entertainment said “Forged with a passion that befits the world’s greatest builder, the new Bob the Builder branding welds the materials and textures of the most dynamic real world builds with the boldest shapes and colours straight from the show.

“We believe we have all the elements nailed to deliver a fully immersive franchise globally.”