Sergiu Negulici’s animated short about a young man’s search for a woman after finding her 70-year-old secret love letter, is now available. 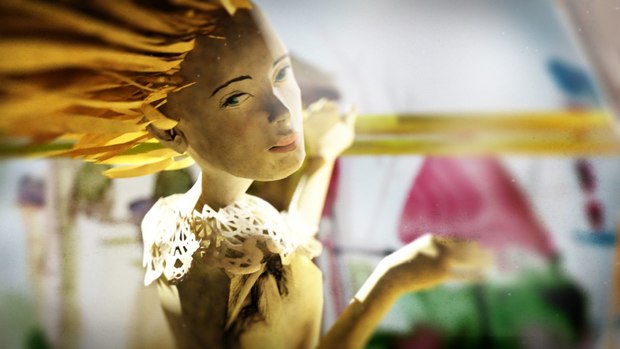 The film, made using an inventive mix of 2D and 3D techniques, is the director’s first short film effort – he’s spent the majority of his career as a digital artist working in advertising, as well as more recently, on animated features such as Anca Damian’s Magic Mountain (2015).

In the short, a young man entering an antique shop finds an intriguing drawing which reveals a secret love letter on the back, written 70 years ago. After finding out the author of the drawing is still alive at 105 years old, and determined to find out if the story is real, the man goes on an unusual journey to meet her, the painter, who befriended many important Romanian artists at the beginning of the 20th century.

In addition to Hiroshima, The Blissful Accidental Death took the grand prize at last year’s Cinanima Festival, the Jean Luc Xiberras Award for Best First Film at Annecy 2018 and the Grand Prix “Athena” at Athens Animafest. Negulici is currently working on his second short while coordinating a team of young animators in his studio, Reniform Production.