Award-winning actresses sign on to star in the forthcoming 3D-animated feature film, ‘Spark,’ from ToonBox Entertainment, Redrover and Gulfstream Pictures. 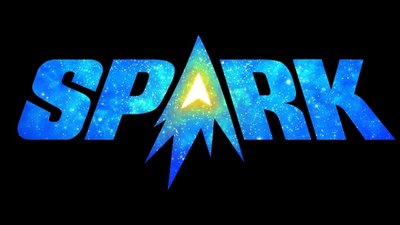 The production marks the second animated feature from the team behind the highly successful family film The Nut Job, and the first time Swank has been cast for her voice in an animated feature.

From a screenplay by Doug Hadders, Adam Rotstein and Woodley, the action-packed, humor and heart-filled Spark follows a teenage monkey Spark, voiced by Jace Norman (Nickelodeon’s Henry Danger), and his friends Vix, a battle-ready fox voiced by Jessica Biel, and Chunk, a tech-savvy warthog, as they embark on a mission to take back the besieged Planet Bana from the power-mad General Zhong. Spark's dangerous odyssey leads him to the farthest reaches of the universe, and to the secret of his true identity, with characters like the comically forgetful nanny robot Bananny, voiced by Susan Sarandon, and the noble, self-sacrificing Queen, voiced by Hilary Swank by his side.

Spark is produced by ToonBox and Redrover, in association with Gulfstream Pictures, which is handling U.S. sales. Executive producers are Hong Kim, Jay HJ Ahn and Daniel Woo, and Gulfstream Pictures’ Mike Karz and Bill Bindley. Fully financed by Redrover and its partners, the film is currently in production with plans for a 2016 release.

“We’re thrilled to have Susan, Hilary, and Jessica on board,” Spark director Aaron Woodley says. “They fit the characters perfectly and elevate the film to a whole new level.”

“We are buoyed by the success of The Nut Job, and look forward to introducing moviegoers to another exciting 3D-animated adventure,” adds Redrover CEO Hoe-Jin Ha. “We are delighted to have these prominent actresses ignite the voices in Spark.”

“We are happy The Nut Job team is together again,” Gulfstream Pictures partner Mike Karz says. “It’s great to work with all the exceptional talent at ToonBox.”

“This is a terrific cast and we’re excited that Hilary chose Spark as her first animated film,” adds Gulfstream Pictures partner Bill Bindley.

Hilary Swank most recently starred in The Homesman, opposite Tommy Lee Jones, and You're Not You, which she also produced. Her other credits include P.S I Love You, Freedom Writer, Amelia and Conviction. She was awarded Best Actress Academy Awards and Golden Globes for her roles in Boys Don’t Cry and Million Dollar Baby.

Susan Sarandon won a Best Actress Academy Award for her role in Dead Man Walking and received four previous nominations. She has lent her voice to the upcoming animated feature Hell and Back, as well as Cats & Dogs, Rugrats in Paris and James and the Giant Peach. Among her most notable performances were in Atlantic City, Thelma & Louise, Lorenzo’s Oil, The Client, Bull Durham and the Rocky Horror Picture Show.

Most recently Biel completed filming on the untitled film based on Patricia Highsmith’s novel, “The Blunderer,” alongside Imogen Poots, Toby Jones and Patrick Wilson. She was last seen in Fox Searchlight Pictures’ Hitchcock and the independent film The Truth About Emanuel. She and Swank also starred together in New Year’s Eve.

ToonBox/Redrover/Gulfstream’s first feature, The Nut Job, broke the record as the biggest U.S. box office opening for an independent, animated film and has currently grossed nearly $120 million worldwide -- and counting -- since its release last year. The sequel was announced shortly thereafter and is in production.