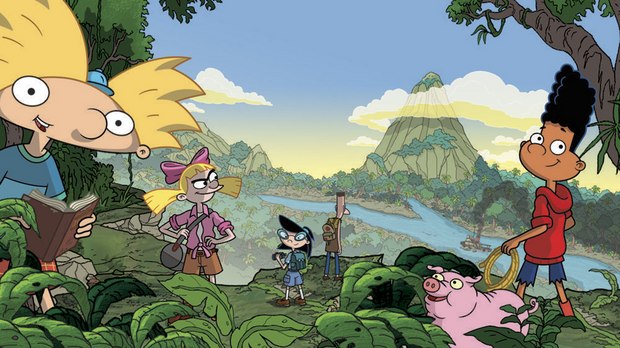 NEW YORK -- Nickelodeon fans of all ages are getting a Thanksgiving treat this year, as the highly anticipated, brand-new Hey Arnold!: The Jungle Movie bows Nov. 24, from 7-9 p.m. (ET/PT).

Lane Toran (original voice of Arnold) and Jamil Walker Smith (original voice of Gerald) will supplement the returning cast by lending their voices as Che and Paulo, two members of the boat crew in San Lorenzo, and Alfred Molina (Spider-Man 2) stars as resident villain, Lasombra.

NickSplat, TeenNick’s programming block dedicated to Nickelodeon’s library of hits from the 1990s and 2000s, will celebrate Hey Arnold! throughout the month of November with fan-favorite episodes every night from midnight-1 a.m. (ET/PT). In addition, NickSplat will treat fans to a marathon of every single Hey Arnold! episode from Nov. 17 through Nov. 2.