Fans are up in arms after a Variety interview with Joe Russo describes the upcoming musical remake as ‘modernized’ and ‘experimental,’ with possible inspiration by elements of the popular dancing app. 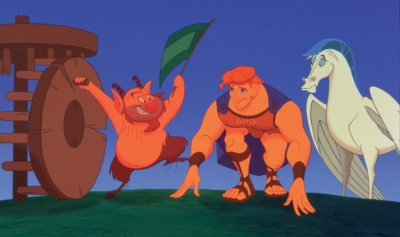 While fans happily await Disney’s upcoming live-action remake of The Little Mermaid, another lesser known “modernized” adaptation is also in the pipeline. A Hercules live-action feature musical from the Russo brothers is currently in the works, an updated version of the 1997 animated features, but there is a twist: the experimental project may be inspired by TikTok. Huh?

Extrapolating further on the TikTok aspect, Russo said, “There are questions about how you translate it as a musical. Audiences today have been trained by TikTok, right? What is their expectation of what that musical looks like and feels like? That can be a lot of fun and help us push the boundaries a little bit on how you execute a modern musical.”

While the buzzwords “modernized,” “experimental” and “TikTok” don’t help us glean much in the way of plot, fans are already up in arms.

Hercules is one of my favorite movies of all time so I won’t be watching whatever this is.

The movie is perfect just the way it is and doesn’t need a reboot or update.

Animation is an incredible medium and shouldn’t be viewed as lesser than live action. https://t.co/J3FnToE1v3 pic.twitter.com/pNGOBCG5NA

People that like Disney's Hercules don't want a live-action remake.
Kids that use Tik Tok probably don't even care about that movie.
Disney don't have a target audience, they just don't have new ideias for new stories, it's just souless cashgrab.

For a film very much driven by its mythos and time period, there doesn’t seem to be much room for experimentation. Will Disney ever learn from their past live-action mifires? Regardless of fan doubts, the Russo brothers could assuage many hard feelings by hiring Danny DeVito as Phil.