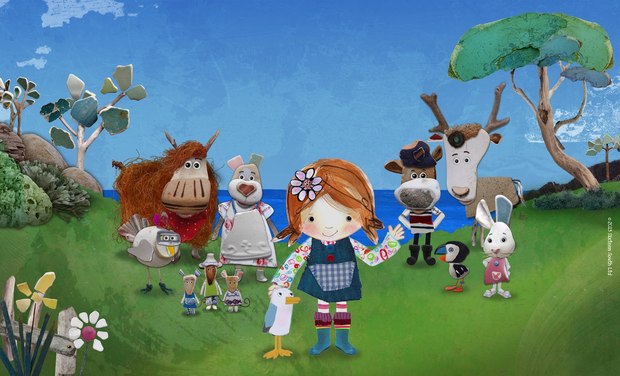 Most notably, HIP has licensed Lily’s Driftwood Bay to Netflix in the U.S., Canada, the UK and Ireland.  Additional sales include KiKa in Germany; MTV Oy in Finland; TV New Zealand; TVB in Hong Kong and Radio Television Brunei. The series, created and produced by Northern Ireland’s Sixteen South, had its global premiere on Nick Jr. in the U.K. in May 2014, followed shortly thereafter by its U.S. debut on Sprout, and its Australian debut on ABC. The series also airs on Sweden’s SVT, Norway’s NRK, Ireland’s RTEjr, and Israel’s HOP!  Lily’s Driftwood Bay has just been awarded the Parents’ Choice Recommended Award, and was selected by Common Sense Media as one of the Best Kids’ TV Shows of 2014.

“We have had a very positive initial response to this unique and charming new animated series, and to have attracted such strong partners is a testament to the quality of the programming,” explained Goldsmith. “There will be exciting updates for potential new partners at the Kidscreen Summit about the continued growth and development of this brand.”

Lily’s Driftwood Bay (52 x 7’) is a mixed-media animated series for 4 – 6 year olds, and follows the imaginative adventures of five-year-old Lily who lives in a beach hut with her Dad on an island. Each day, Lily uses her creativity and imagination to craft wonderful adventures and colorful characters inspired by the extraordinary items that she finds washed ashore on the island’s beach.  Created and directed by Colin Williams (Pajanimals, Big and Small) and script edited by Sam Barlow (Thomas and Friends, Bob the Builder), Lily’s Driftwood Bay features a multi-talented voice cast that includes Stephen Fry (QI, The Hobbit), Peter Mullan (Harry Potter, Top of the Lake) and Richard Dormer (Game of Thrones, Good Vibrations, Fortitude).  Storylines encourage children to create their own fun and adventures, finding inspiration from the everyday and unusual items that appear in our lives.