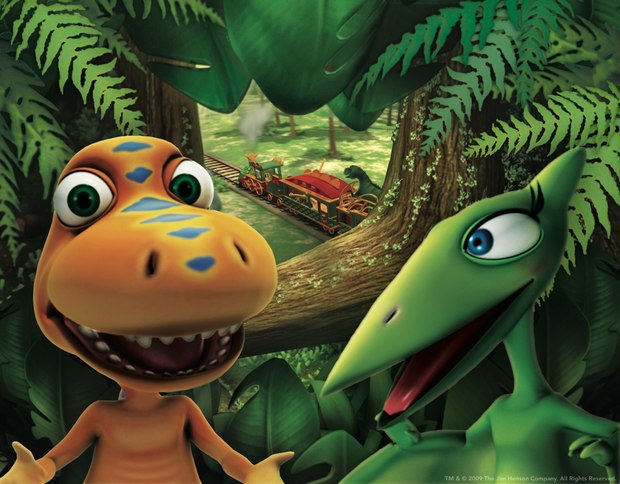 “We have an incredibly strong licensing program across Europe, where Dinosaur Train airs on major TV networks such as Nickelodeon UK, Disney Channel Germany, France TV, and RTVE Clan in Spain,” commented Richard Goldsmith, Executive VP, Global Distribution and International Consumer Products.  “We work with exceptional licensing agents in these countries who have done an great job delivering top quality products, and with over 35 licensees in Western Europe alone, and new toy products from TOMY and educational learning titles from VTech debuting in key markets for the holiday season, we anticipate a strong holiday season at retail for the brand.”

In Russia, two Dinosaur Train licensees—C-Trade Ltd. (publishing and toys) and Gruppa Tovarischey LLC (back to school)—are set to debut over 200 new products in the market, including outdoor seasonal toys and plush, back-to-school items including backpacks and stationary, and a wide array of published goods. To cater to local interests, Dinosaur Train is to be featured on a YouTube branded channel, due to launch this year, with Russia being the first country that it will be available.

In Germany, the company has signed a new agreement with Kosmos for travel games, and new products launching this fall include magazines from Panini, partyware from Papstar, housewares from Herding and plush from Huenec.  Other key partners in the territory include Universal Music (audio books) and Nelson Verlag (sticker books).

In the UK, new agreements have been signed with Gemma International for greetings cards and party ware and with Play by Play for plush, joining other partners that include Aykroyds (nightwear), Character World (bedding), Smith & Brooks (outerwear) and Redan (publishing).

In Spain, new products are under development with Educa (puzzles), Montichelvo (back to school), Hot Shots (candy and cookies) and United Labels (apparel and accessories), joining other partners that include Panini (publishing), Saica Toys (outdoor), Musicales Reig (musical toys) and Play by Play (plush).

Representing The Jim Henson Company’s Dinosaur Train across the region are Nickelodeon UK for the UK market; Studio Canal for France; LizenzWerft for Germany; SelectaVision for Spain; Alicom for the Nordic Region; and Megalicense for Russia.