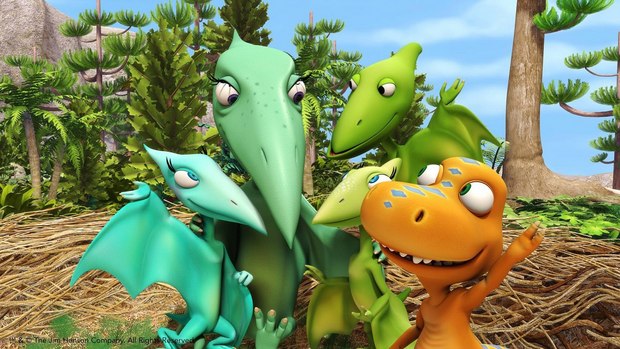 “Programmers for free TV, SVOD and every platform in between recognize the impeccable value, sustained appeal and consistent performance of our properties, and this is why our company has dominated the worldwide marketplace for 60 years,” said Goldsmith. “Every new series created and produced by The Jim Henson Company continues to build on the legacy, expertise and innovation that is synonymous with the Henson name.”

Among the new licensing agreements recently completed are for Dinosaur Train; Netflix has secured global SVOD rights for season one of the series, as well as rights for the UK and Korea for season two. In North America, TVO has acquired the free TV rights for the all-new season four for English speaking Canada. In Europe, France Televisions has also acquired the rights to season four, and France Televisions Distribution has acquired TVOD rights to season three and four; Brazil-based Movile Internet Movel has acquired SVOD rights for season one for Germany; Hungary’s MTVA has licensed exclusive rights to season one for free TV, that includes basic cable and basic satellite; and Tring TV has picked up free TV and basic cable rights in Albania and Kosovo for seasons one, two and three. Additionally, Multichoice Africa Limited has licensed seasons one, two and three of the series for SVOD and AVOD throughout Africa.

The five-time Emmy-nominated Dinosaur Train, created by Craig Bartlett (Hey Arnold!), is set in a whimsically realistic, prehistoric world of jungles, swamps, active volcanoes and oceans. Each day, Dinosaur Train helps kids ages 3 to 6 to apply scientific thinking as they discover new types of dinosaur species, compare and contrast dinosaurs to today's creatures and embrace the living sciences of paleontology and natural science. The half-hour shows feature two animated episodes; each followed by short live action segments with a real paleontologist interacting with kids who love to explore the world around them.

A modern series for modern families, Doozers features the adventures of The Pod Squad: Spike, Molly Bolt, Flex and Daisy Wheel. The four Doozer kids live at the edge of our world and right under our noses in the fantastical, modern and eco-friendly Doozer Creek. They’re green, they’re cute and they’re three inches tall, full of energy, ideas and enthusiasm. Doozers put their ideas into action and change their dreams into reality, from designing a Doozer Derby racing car to flying in a kaleidoscope of butterflies or building a giant gingerbread house. The series celebrates the spirit of being an innovator and inspires all kids to have an “I can do it” attitude.

Sid the Science Kid is an Emmy-nominated animated series produced using the Henson Digital Puppetry Studio, a proprietary technology that allows puppeteers to perform digital characters in real time creating a more spontaneous and fresh result. Sid the Science Kid features a sketch-comedy format to promote science-readiness by encouraging kids' instinctive curiosity about the world around them. The show stars Sid, an inquisitive youngster who tackles the everyday ideas that preschoolers find fascinating -- Why do bananas go "bad?" How does my juice box straw work? How does a bird fly without a plane? and more.