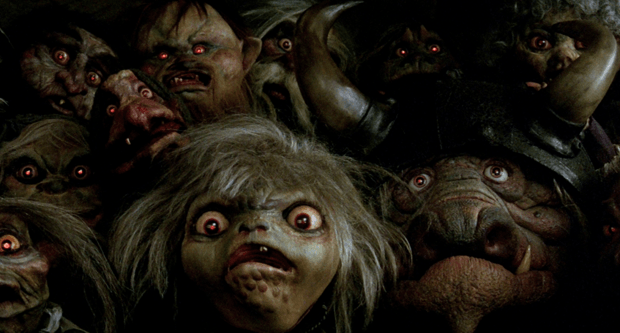 New apparel partners include Trademark Products in the U.K. and Zen Monkey Studios in the U.S. Funko joins the roster of partners to create stylized figures. These latest partners join an existing line-up of top licensees for Labyrinth that include Truffle Shuffle for apparel, ceramics, bags and prints in the U.K.; River Horse for board games in the U.S., Canada and select territories within Europe and Asia Pacific; Card Corporation for debit cards in the U.S. and Canada; Toy Vault for plush, novelty and games in the U.S.; Boom Entertainment for worldwide publishing; Trevco for apparel, bedding and home in the U.S.; Ripple Junction for apparel, posters and pins in the U.S., Canada and U.K.; and Insight Editions for publishing in the U.S. Additionally, retail partners on board supporting the LABYRINTH brand include Hot Topic, Art.com, SevenTimesSix.com and Zulily.

“Labyrinth’s dedicated fan base continues to grow year after year and with the 30th anniversary celebration gathering steam, we are seeing consumer demand for new products and an increase in sales.” commented San Martin. “Today’s fans, both young and old, will be able to extend their LABYRINTH experience with the array of new products available at retail this year.”

As part of the 2016 Labyrinth retail program, The Jim Henson Company and partners are releasing new branded products.  From publisher Insight Editions, Labyrinth: The Ultimate Visual History, which will be released in October 2016, is the definitive exploration of the beloved classic, featuring rare artwork, interviews and on-set photos.  Additionally, Jim Henson’s Labyrinth: The Board Game from River Horse will debut this summer. Created in partnership with The Jim Henson Company, the fast-paced family game will feature the likenesses of the main characters from the movie in the form of five beautifully crafted miniatures. There will also be ongoing Labyrinth screenings throughout the country, as well as special anniversary screenings and local events planned for this fall.