The Jim Henson Company appoints Anna Moorefield to post of Director, Global Distribution, Sales ahead of MIP JR. AND MIPCOM. 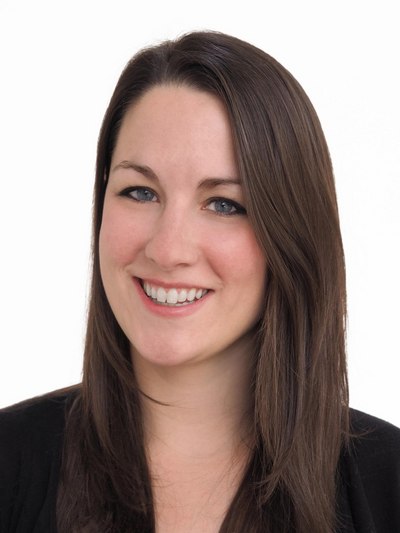 HOLLYWOOD, CA -- Celebrating its 60th anniversary this year, The Jim Henson Company will attend MIP Jr. and MIPCOM with an illustrious roster of new children’s programming. Dot., based on the book of the same name by Randi Zuckerberg, Word Party, a new series for the youngest preschoolers commissioned by Netflix, and Splash!, featuring the wondrous world of marine species and ocean phenomena.  The Jim Henson Company’s Executive Vice President of Global Distribution, Richard Goldsmith, also announced its new Director of Global Distribution, Sales, Anna Moorefield.

“With a first-class professional background, Anna will be a tremendous asset to our team as we head to MIP Jr. to debut three new series that showcase fun and engaging content that are a part of The Jim Henson Company’s legacy,” said Goldsmith.

In her new role as Director, Global Distribution, Sales, Moorefield will be responsible for worldwide home entertainment and digital sales. Prior, Moorefield served for four years at Lionsgate as Manager, International Television and Digital Distribution, following her earlier experience as a freelance writer for various arts and entertainment companies including the Sarasota Film Festival.

Based on tech expert and author Randi Zuckerberg’s debut picture book of the same name, and also targeting the bridge market of kids ages 4–7, the new animated series Dot. follows the inquisitive and exuberant tech-savvy Dot, who embarks on hilarious adventures to satisfy her imagination, curiosity and latest passion.  Dot is a whimsical, quick-to-laugh kid, who’s not afraid to get her dress dirty.  For a girl as curious and creative as Dot, there’s no better way to spend the day than outside, exploring the world with her dog, her group of friends and any tool or tech that will help deepen their play and exploration.  Each episode ends with Dot giving the viewers a call to action to get inspired and explore digitally and practically what excites them too.

Currently in development is the all-new series for kids ages 4–7, Splash!, which plunges into the diversity and wonder of our natural undersea world.  Utilizing the technology of the Henson Digital Puppetry Studio, each episode introduces viewers to a strange new marine species or ocean phenomena. Splash, an inquisitive yellowtail fusilier fish, leads his friends out of their sheltered Reeftown neighborhood on different currents, whisking them off to explore the oceans where they meet wildly diverse creatures and discover otherworldly undersea habitats, bringing back what they’ve learned to share with their friends and neighbors.

The vocabulary building show Word Party follows four adorable baby animals as they sing, dance and play. The series invites the youngest viewers to help teach the baby animals new words, learn these new words themselves, and even celebrate these achievements with a “Word Party!”  Word Party will premiere in 2016 on Netflix.

Also available at MIP Jr., is the four-time Emmy nominated preschool series Dinosaur Train, which is currently in production for a fourth season for PBS KIDS, and features Buddy the T-Rex and his adventurous family of Pteranodons as they explore, discover and celebrate the world of dinosaurs and trains; and the preschool series Doozers, inspired by the wildly popular characters from the classic Henson series Fraggle Rock, a modern series for modern families that encourages kids to design, create and innovate.