AIF reveals its 2022 event lineup of world premieres, features in competition, special screenings, and panels; fest to run October 21-23 and 29 in-person in Hollywood. 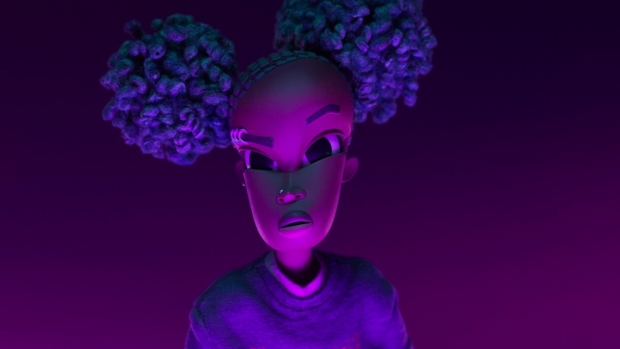 Animation is Film (AIF) has just unveiled its 2022 competition line-up, special events and presentations for its fifth in-person edition, set for October 21-23 and 29 at the TCL Chinese 6 Theatres in Hollywood. The U.S. premiere of the critically acclaimed director Henry Selick and Netflix stop-motion feature, Wendell & Wild, will kick off the festival on Friday, October 21.  The film features the voices of Jordan Peele, Angela Bassett, Keegan-Michael Key and will be followed by an in-person Q&A with BAFTA-winning Selick.

For the first time in its history, the festival will be expanding to a second weekend. On Saturday, October 29, the festival will close with its awards ceremony followed by a screening of a film directed by a multi-award-winning director – yet to be announced. Awards will be presented for the Competition Jury and Audience prizes for Best features and shorts. The festival will also bestow a Special Prize in recognition of the career of Ellen Goldsmith-Vein, producer of Wendell & Wild and Founder/CEO of the Gotham Group, for her impact on the animation industry.

“I’m delighted my new film Wendell & Wild - co-written and produced with Jordan Peele - will have its U.S. premiere at Animation is Film, a festival that celebrates the non-traditional and ground-breaking in animated movies,” said Selick. “Our made-in-the-USA stop-motion feature is many things: scary, funny, creepy, sad, and empowering, but most of all, it’s very very original so I can’t think of a better place for its U.S. premiere than Animation is Film. Hope you enjoy the show.”

This year, AIF continues to recognize and acknowledge the importance of animation by curating successful and critically acclaimed films around the world. The festival will host three World Premieres – Titina, Gold Kingdom and Water Kingdom, and the theatrical premiere of all four chapters of Tonko House’s Oni: Thunder God’s Tale. Additionally, it will bring back special sections including the popular shorts showcase presented in partnership with Annecy and Women In Animation that highlights the best of female directed animated films as well as a special student shorts showcase.

"Animation continues to redefine the scope of what cinema is capable of offering,” reveals Matt Kaszanek, Director of Animation is Film. “With this, our fifth iteration, we submit to you a list of not only some of the most essential animated films of the year, but the most essential films period. The world has changed in the last five years, but the festival's mission has not: Animation is film, and we are proud to continue screaming it from every rooftop."

“As one of the festival’s co-founders, Annecy is proud to support the fifth edition of Animation is Film,” states Marcel Jean, Artistic Director of the Annecy Festival. “Every year, this event brings an exceptional lineup of features and short films to the Los Angeles audience. Many of the films were screened in Annecy last June, including Le petit Nicolas, which was awarded with the Cristal du long métrage Award for feature film. It is the ideal time in film, to take the pulse of the state of the animation nation.”

Tickets can be purchased here.

Two scheming demons (Keegan-Michael Key, Jordan Peele) strike a deal with a punk rock-loving teen so they can leave the Underworld and live out their dreams in the Land of the Living. A Netflix release. Director Henry Selick attending.

Kotono Watanabe’s feature debut tells the story of two warring kingdoms who have constructed a literal wall between them - and a promise to re-unite a century hence with the marriage of two of their citizens. 100 years later, when the designated bride and groom find each other, through unexpected means, they take fate into their own hands and redefine the Kingdoms’ (and their own) expectations.

Ital­ian air­ship engi­neer, Umber­to Nobile, enjoys a qui­et life with his beloved dog Titi­na, who charmed him into res­cu­ing her from the streets of Rome. One day, Nor­we­gian explor­er super­star Roald Amund­sen con­tacts him and orders an air­ship to con­quer The North Pole. Nobile seizes the oppor­tu­ni­ty to go down in his­to­ry. He brings Titi­na along, and the unlike­ly trio sets out on an expe­di­tion to the last undis­cov­ered place on Earth. Their quest is suc­cess­ful but, in the after­math, the two men start to quar­rel over the glo­ry … Through the eyes of the four-legged celebri­ty Titi­na, (re)discover a true sto­ry of tri­umph and defeat. Director Kajsa Næss attending.

The newest film from Oscar-nominated Nora Twomey and Cartoon Saloon, based on the Newbery-winning children’s book, this animated film follows a young boy who runs away to an island to rescue and befriend a young dragon. A Netflix release. Director Nora Twomey attending.

Winner of the Cristal Award at Annecy, this animated adaptation of the beloved children’s series by Rene Goscinny and Jean-Jacques Sempe, this magical film follows the adventures of a mischievous boy and his schoolmates, teacher, and parents in Paris in the 1960s.

When 9-year-old Babs receives a pig named Oink as a present from her grandfather, she convinces her parents to keep it under the condition that Oink follows a puppy training. But her parents are not the biggest threat to Oink because actually her grandfather is secretly taking part in the sausage competition organized by The Society for Meat Products from Fresh Pigs… Director Mascha Halberstad attending.

The newest film from Academy Award nominated Alê Abreu. Claé and Bruô, secret agents from enemy Kingdoms of the Sun and the Moon, must overcome their differences and combine forces to find the Perlimps and infiltrate into a world controlled by Giants where war is imminent. Presented in collaboration with the Latino Film Institute, LALIFF, and LatinX in Animation. Director Alê Abreu attending.

In Unicorn Wars, filmmaker Alberto Vázquez resorts to animated fantasy to ponder over the origin of evil. Two brothers – Azulín and Gordi – along with a group of new recruits without experience, are sent on a dangerous mission to save the Magic Forest from the unicorns that represent a threat for the security of their people. Will the little bears be up to the challenge? Presented in collaboration with the Latino Film Institute, LALIFF, and LatinX in Animation. Director Alberto Vázquez attending.

LUCK – (Apple Original Films & Skydance Animation): The story of Sam Greenfield, the unluckiest person in the world! Suddenly finding herself in the never-before-seen Land of Luck, she must unite with the magical creatures there to turn her luck around. An Apple Original Films release. Director Peggy Holmes attending.

As Yang Jian confronts the actions of his past, he must face a host of dangerous vigilantes seeking the same treasure with the power to alter the balance of their worlds. This latest entry in the New Gods universe from Light Chaser Animation (White Snake, New Gods: Nezha Reborn) features awe-inspiring action sequences set against breathtaking and wildly imaginative environments. Combining ancient lore with dazzling animation, New Gods: Yang Jian is a timeless adventure of epic proportions featuring one of China’s legendary mythic figures..

In a world filled with Japanese mythological oddball gods and monsters, one of the creatures' free-spirited daughters, Onari, is determined to follow in the footsteps of the mighty heroes of lore, but her unique powers are yet to be revealed. Does she have what it takes to fight to protect her peaceful village from the encroaching threat of the gods' mysterious enemies, the "Oni"? Presented by CAPE and Gold House. Dice Tsutsumi (Director/Creator), Sara K. Sampson (Producer), Robert Kondo (Executive Producer/Production Designer), and Kane Lee (Executive Producer) attending.

Director Joel Crawford takes us on a visual tour of the upcoming release, featuring never-before-seen footage and commentary.

SUMMER GHOST – (GKIDS): A local urban legend claims that lighting fireworks at an abandoned airfield will call the “summer ghost,” a spirit that can answer any question. Three troubled teenagers – Tomoya, Aoi, and Ryo – do not know each other yet, but each has their own reasons to show up one day. When a sparkler is lit, a ghost named Ayane appears, and she reveals she is only visible to those “who are about to touch their death.” The three teens return home, but Tomoya soon begins visiting the airfield alone, as he becomes obsessed with the mystery surrounding Ayane and the true purpose of her visits. A GKIDS release. Director loundraw attending.

TURNING RED – (PIXAR): Young actress Rosalie Chiang lends her voice to Mei Lee, a 13-year-old who suddenly “poofs” into a giant red panda when she gets too excited (which is practically ALWAYS). Sandra Oh voices Mei Lee’s protective, if not slightly overbearing mother, Ming, who is never far from her daughter—an unfortunate reality for the teenager. A Pixar release. Director Domee Shi and producer Lindsey Collins attending.

SHORTS #1 - A collection of short animated films from around the world, curated by a prestigious panel of programmers. Free to the public.

SHORTS #2: STUDENT SHOWCASE - A vibrant and diverse collection of student short films from some of the most highly regarded animation schools in the country. Free to the public.

SHORTS #3: - Returning for its 4th straight year, this jewel of the Animation Is Film program highlights a collection of female-directed short films. Programmed in partnership with the Annecy International Animation Film Festival and Women in Animation.

AIF ONLINE PANELS: These panels will be posted during the festival.

Storytelling is the expressive foundation that has evolved with and transcended artforms for millenia. In a discussion featuring a variety of artists within the broader media and gaming worlds we explore how design affects the storytelling (and vise-versa) within video games. With a specific focus on 2D and independent production, the conversation will explore how individual artists use their skills to enhance and affect the story and gameplay within this unique form of animated storytelling.

(Almost) On Their Own

Making an animated feature film is akin to scaling a mountain, it’s a painstaking, long and difficult process, even with a large crew and all the necessary tools. Attempting to create an animated feature with a skeleton crew and a shoestring, independent budget feels like an impossible task and yet a few filmmakers are doing just that with fantastic results. Any type of independent filmmaking requires grit, determination, and creative resilience, but what are the unique challenges (or freedoms) that animation brings to the process? This panel of filmmakers who have all successfully produced a feature (or, shockingly, more than one!) discuss the nuances, horror stories and surprisingly delights that came from making the film (almost) all on their own.