The Oscar-nominated director of Netflix’s upcoming ‘Wendell & Wild’ stop-motion animated feature will lift the lid on his new film, about two demons who team up with a teenage punk rocker and abandon the Underworld for the Land of the Living, in a special presentation as he is honored at this year’s VIEW Conference, running October 16-21 in Torino, Italy. 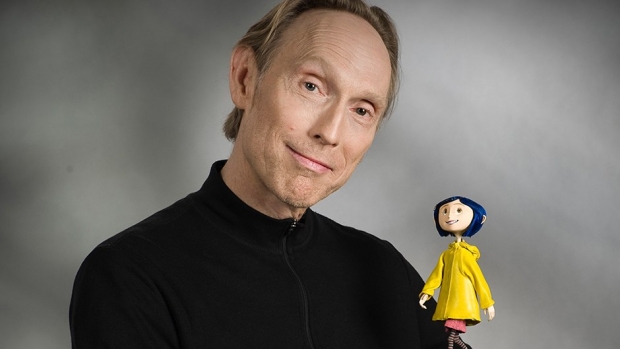 VIEW Conference 2022 has just announced that famed Oscar-nominated stop-motion filmmaker Henry Selick has been named recipient of this year’s VIEW Visionary Award, which recognizes those individuals who have consistently advanced the state of the art in their chosen field. The award will be presented at the upcoming VIEW Conference 2022, which runs October 16-21 in Torino, Italy.

At the conference, the acclaimed director, who in 2010 was nominated for an Academy Award for Coraline, will present Wendell & Wild, his new animated feature for Netflix, in which two demons team up with a teenage punk rocker and abandon the Underworld for the Land of the Living. Wendell & Wild premieres on the streamer October 28.

“Henry Selick is a true artist and a visionary filmmaker,” says Conference Director Dr. Maria Elena Gutierrez. “He has an uncanny ability to draw out our secret dreams and transform them into something unforgettable. His films are dark, beautiful, rich in symbolism, and filled with the most gorgeous imagery. I am thrilled to welcome him to VIEW Conference 2022, and especially delighted to honor his achievements by presenting him with this year’s VIEW Visionary Award.”

Selick is the creative force behind the award-winning animated films Coraline – LAIKA’s first and still most successful feature – which he wrote, directed, and co-produced; the iconic The Nightmare Before Christmas, which he directed for producer Tim Burton and Disney; and James and the Giant Peach, which he directed for Disney.

His latest film, Wendell & Wild, based on his original story, was co-written and co-produced with Jordan Peele, who voices one of the titular characters along with Keegan Michael Key. Selick says his fantastical, scary, funny films are intended for “brave children of all ages” and believes that stop-motion, the oldest form of animation and his chosen technique, is the most magical and timeless.

The international VIEW Conference brings together industry professionals, thought leaders, students and enthusiasts not only to share and celebrate the latest achievements in Animation, VFX and Games, but also to share their visions of the future. The conference’s vibrant and inclusive atmosphere is designed to enlighten and inspire, with an extensive live program of talks, presentations, workshops and masterclasses embracing cutting-edge thinking on such diverse topics as Storytelling, Virtual Production, Computer Graphics, Interactive & Immersive Media, VR/AR/Mixed Reality and the Metaverse, Artificial Intelligence, Real-Time Rendering and much, much more.

Register here to attend the conference in person or online via livestream.