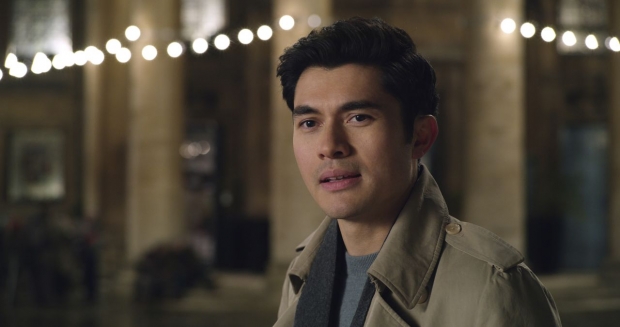 Time to brush up on your Chinese Zodiac! Hunky Henry Golding (Crazy Rich Asians, Last Christmas) is set to lend his vocal talents to his first ever voice acting gig as the shape-shifting tiger, Mr. Hu, in Paramount Animation’s feature film adaptation of Laurence Yep’s 2003 best-selling children’s book, The Tiger’s Apprentice. The film marks the feature directing debut for Carlos Baena, a former Pixar animator known for his work on Wall-E and Toy Story 3, as well as his award winning 2019 animated short, La Noria. Since leaving Pixar, Baena has taken to the Indie short animated film circuit, earning much praise and recognition along the way. La Noria was remotely produced through an international collaboration of hundreds of artists, using the Artella distributed cloud-based production system, with Autodesk and Foundry on board as technology sponsors. While we do not yet know what animation style Baena will pursue on the feature, he is known for his beautiful CG visuals.

“The Tiger’s Apprentice,” book one in a trilogy of the same name, follows Tom, a young boy living in San Francisco. The real world and one of magic collide when Tom meets Mr. Hu, a talking tiger who mentors the child in the art of mystical protection against evil.

Raman Hui (Monster Hunt, Shrek the Third) and Kane Lee (Bonfire, Crow: The Legend) will serve as executive producers, with Sandra Rabins and Jen Starz producing. The screen adaptation from the book was penned by David Magee (Life of Pi), Harry Cripps, and Kyle Jarrow (Valor).