‘The Witcher’ star recently teased a secret project on his Instagram account, and internet sleuths believe it to be an adaptation of EA’s epic Sci-Fi shooter. 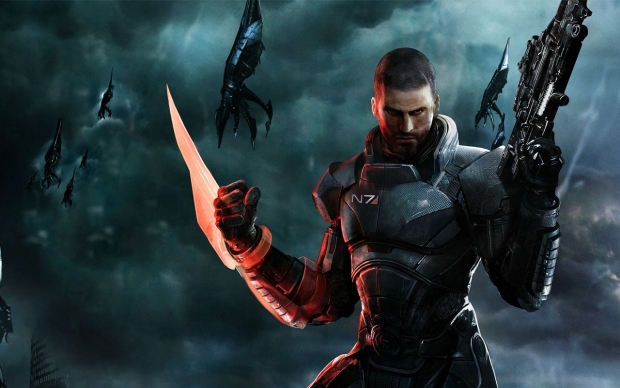 Could Commander Shepard be gracing our screens in the near future? Lovable nerd / hunky The Witcher star / sword slinger Henry Cavill recently teased a secret project on his Instagram account, and internet sleuths seem to have solved the mystery: an adaptation of epic Sci-Fi shooter Mass Effect. Hmmmmm.

The absolute geniuses at Game Pressure applied de-blurring technology via the Focus Magic program to the visible corner of the mystery script, and revealed key words such as “Geth,” “Tali’Zorah,” and “Reaper.” For those that want to be completely spoiled, the script seems straight from a Wikipedia entry that reads:

“Following the events on Tuchanka and a failed coup by Cerberus to take over the Citadel, the quarians offer their support to the Alliance if Shepard helps them reclaim their homeworld, Rannoch, from the geth. Assisted by a quarian, either Tali'Zorah or Admiral Daro'Xen, Shepard boards a geth dreadnought and rescues a captive geth unit, either Legion or a facsimile occupied by a geth virtual intelligence (VI), then disables the Reaper control signal over the geth.”

The real question is, did Cavill know the internet would jump the “blurry words” hurdle, or did he just actually accidentally spoil a secret project? Oops! Either way, a Mass Effect adaptation is long overdue. The game, first developed by BioWare, launched in 2007 before being acquired by EA in 2008. The highly acclaimed game’s latest version, Mass Effect: Andromeda, was released in 2017.