The ‘Witcher’ actor is returning to the big screen as the bulletproof Clark Kent after much prompting from Dwayne Johnson, made possible by Walter Hamada’s DC departure. 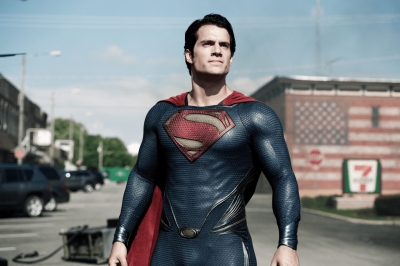 Have the DCEU prayers been answered? According to a recent THR article, Henry Cavill may be reprising his role as Superman in Man of Steel 2, which already has Charles Roven (Zack Snyder’s Justice League, The Dark Knight) attached as producer, with a search for writers currently underway.

Dwayne Johnson, who plays the eponymous anti-hero in Black Adam, has been extremely vocal about his wishes for Cavill to reprise his role for a Black Adam vs. Superman film. "Absolutely. That is the whole point of this," Johnson said to IGN when asked if the epic smashup would ever happen. "There's a new era in the DC universe that's about to begin." These comments have often coincided with hints of a special cameo at the end of Adam, which could very well be the re-introduction to Cavill’s Clark Kent.

While this exciting casting was previously impossible due to executive Walter Hamada, who wanted to steer away from the Snyder-verse and even cast a Black Superman, anything is possible now that Hamada will step down sometime this week. With the film undergoing reshoots earlier this year, and the fact that a new scene was shot in mid-September after a serious round of mysterious negotiations, all signs point to Cavill’s return.