Season 3 of Netflix’s hit fantasy adventure series will be the ‘Man of Steel’ actor’s last, with many attributing his departure to heavy deviations from the original source material; ‘The Hunger Games’ star to don the silver wig for Season 4. 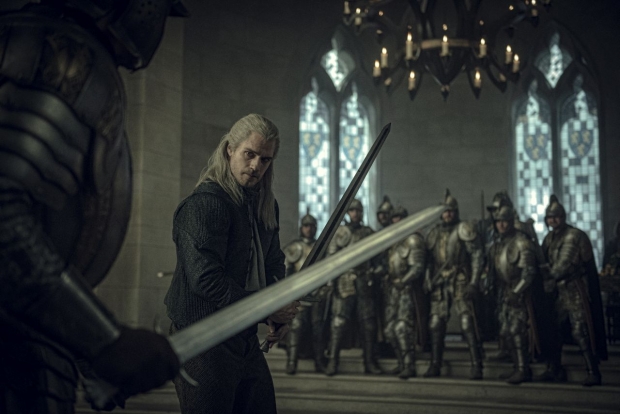 Say it isn’t so! While Henry Cavil’s return to his iconic role of Superman has left fans whirling with excitement, good news often has its yang. For reasons currently unknown, Cavill has exited the Netflix fantasy series The Witcher. Season 3 will be his last, despite a previous commitment to a seven-season plan. Fans are speculating his new superpowered role will just take up too much of his schedule, while others posit the series, inspired by Andrzej Sapkowski’s monster-filled world, has simply deviated too much from the plot of the books and video games. As Cavill is an avid fan of the source material, the heavy liberties taken with the Netflix series could have deterred the silver haired hunk from reprising his role in Season 4. Adding merit to the latter theory, Cavill confided in a previous interview with THR that he would commit to all seven seasons, "As long as we can keep telling great stories which honor Sapkowski's work." Hmmmmm.

Although Cavill’s exit is sure to devastate die-hard fans, as he truly is Geralt, some may find consolation with the knowledge that he has been replaced by Liam Hemsworth (The Hunger Games, Most Dangerous Game), a chiseled hottie in his own right. While the current plan calls for Hemsworth to portray Geralt, fans aren’t too thrilled to have another actor fill those iconic calfskin boots. Perhaps he can play another witcher altogether, as there are multiple “schools” of yellow-eyed rune casters in the universe.

It’s official: The Witcher is returning for Season 4, and Henry Cavill will be handing his swords to Liam Hemsworth as the new Geralt of Rivia after Season 3. Welcome to the Witcher family, @LiamHemsworth!

Witcher producer Tomasz Baginski defended the recasting choice on Facebook, stating, “I realize yesterday's announcement shocked at least as much as Elon's takeover of Twitter, but the world survived not such surprises. The Witcher can make it. The third season is very strong. There are only a few years until the fourth. Bond and Batman discover something new and interesting with each change of appearance. We have the time. Geralt is in the same league."

While we have no doubt Hemsworth will rise to the occasion, comparing the sword-wielding character to James Bond and Batman in this instance doesn’t hold much weight, as Season 4 will not be a full reboot or reimagined continuation.

For better or worse, catch Cavill’s last appearance as the White Wolf in Season 3 of The Witcher, streaming on Netflix in 2023.