The famed filmmaker and Oscar-nominated animator, known for his work on projects ranging from the seminal feature, ‘Yellow Submarine,’ to shorts like ‘The Selfish Giant’ and ‘Christmas Cracker,’ passed away last night at a Quebec hospital. 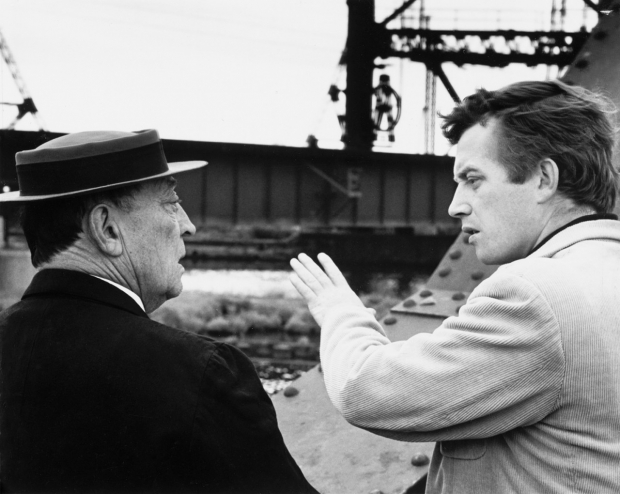 The National Film Board of Canada has just shared the unfortunate news that noted filmmaker Gerald Potterton passed away last night at the Brome-Missisquoi-Perkins Hospital in Cowansville, Quebec. He was 91.

A native of London, England, and student of the Hammersmith Art School, Potterton emigrated to Canada in 1954 to work alongside the pioneers of NFB animation. He created animation for NFB films in the 50s before directing his own classic shorts, including the Stephen Leacock adaptation My Financial Career (1962) and Christmas Cracker (1963, co-directed with Norman McLaren, Jeff Hale and Grant Munro), both nominated for Academy Awards. Potterton also made his mark in live-action comedy with The Ride (1963) and the multi-award-winning film-without-words The Railrodder (1965), starring the great Buster Keaton in one of his last film roles.

According to Claude Joli-Coeur, NFB Chairperson and Government Film Commissioner, “Gerald came to Canada and the NFB to be part of a new wave of storytelling, one that was fresh and irreverent, and he brought great wit and creativity to every project. He was also a builder, helping to lay the foundation for today’s independent Canadian animation industry with Potterton Productions. I was lucky to have been able to spend an evening with Gerald in 2017 when the Orchestre symphonique de Montréal presented a special screening of The Railrodder. He was an exceptional artist and a truly nice man.” He returned to England to work on the animated Beatles feature Yellow Submarine (1968), followed by a collaboration with Harold Pinter on the innovative NBC TV special Pinter People, during which he began a lifelong friendship and collaboration with actor Donald Pleasence. Back in Canada, he formed Potterton Productions, a prolific independent production house for film and TV projects, including his Oscar Wilde adaptation The Selfish Giant (1972), an animated short that netted him his third Oscar nomination.

Potterton directed the animated cult classic Heavy Metal (1981) for Columbia Pictures, supervising the work of more than 65 animators in Canada, England and the U.S. He also collaborated with the NFB again on his second Leacock adaptation, The Awful Fate of Melpomenus Jones (1983), and co-created the animated children’s series Smoggies (1987–1990).

In a 2015 interview for AWN about his work on Heavy Metal, Potterton shared, “When the producer, Ivan Reitman, and I first met, I knew about the ‘Heavy Metal’ magazine in France and I liked the drawings… some of the stuff. A lot of it was crap, but there was some good drawing. You know – Moebius and people like that. I loved that stuff, but I couldn’t see doing a ninety-minute film just in one style. I really liked the idea of like five or six stories, different stuff, just like in the magazine. That’s what makes it work. You jump around with different styles. They’re not all done in the same style. ‘Den’ is different from ‘So Beautiful and So Dangerous’ and ‘B-17’ and ‘Captain Sternn.’ They’re all different and I like that.”

Just ask the folks at South Park how important his film was to a generation of young stoners, certain all ladies wanted us because we were determined to avoid achievement at all costs.

In later years, he took up painting and was known for his historically accurate aviation paintings and extraordinary skies. He remained active and prolific into the 21st century, continuing to develop film and TV projects as well as pursuing other artistic endeavors from his farm in Knowlton, Quebec.

In 2020, he wrote and illustrated a popular children’s book about Joseph-Armand Bombardier, L’homme des neiges, published by Éditions Québec Amérique.

A member of the Royal Canadian Academy of Arts, Gerald was selected by the World Animation Celebration in 1998 as one of “Ten Men Who Have Rocked the Animation World.” There have been over a dozen retrospectives and lifetime honours for his work in recent years, including at the Ottawa Animation Film Festival (1994) and the Seattle Film Festival (1997), as well as in India (2000).