‘He Named Me Malala’ Shortlisted for Documentary Oscar

Led by Animation Supervisor Jason Carpenter and Animation Producer Irene Kotlarz, a team of CalArts alumni created the lyrical, painterly scenes for the film that evoke the history and landscape of Malala’s Swat Valley homeland. 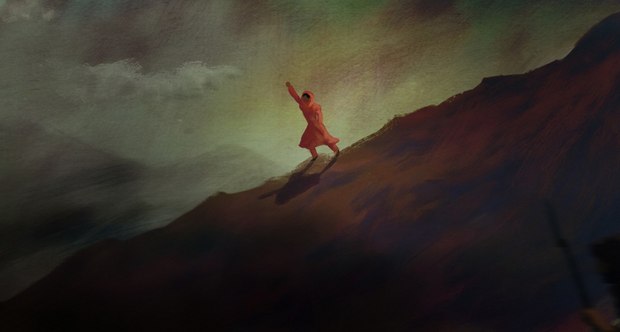 The Academy of Motion Picture Arts and Sciences has released the shortlisted documentary features currently under consideration for the Oscar for best Documentary Feature at the 88th Academy Awards.

Among the 15 features contending for nominations is the Fox Searchlight documentary, He Named Me Malala, directed by Davis Guggenheim. The film blends animation with live-action filmmaking to tell the story of Malala Yousafzai -- the Pakistani teenager targeted by the Taliban for speaking out on behalf of education for girls.

A team of CalArts Experimental Animation Program alumni created lyrical, painterly scenes to contrast with live-action sequences to evoke the history and landscape of Malala’s Swat Valley homeland, and to depict her memories and those of her parents.

To create the animated sequences of the film, Animation Supervisor and CalArts alumnus Jason Carpenter worked with a team of 12 Experimental Animation Program alumni and two students. Animation Producer Irene Kotlarz is a former faculty member of the program.

Carpenter designed the animated sequences with the goal of “developing a visual style that conveyed the emotion and atmosphere of Malala’s story -- while remaining compatible with live-action.” He created a unique visual universe -- painterly, evocative, open to viewers’ interpretation, and inspired by a wealth of influences ranging from the paintings of Henri Matisse and David Hockney to South Asian textiles.

“It’s a hard-hitting story,” noted Carpenter, “and animation helps it to be taken in and understood by a wide range of viewers.” In 2012, 15-year-old Malala, in her region of Pakistan, was shot in the head by a Taliban militiaman, sparking international outrage. Now 18-years-old, she has emerged as a leading campaigner for the rights of children worldwide and is the youngest-ever Nobel laureate. “She’s a modern heroine who was named after the heroine of the battle of Maiwand in 1880,” said Carpenter. “We created an impressionistic vision of the battle to introduce the legend and history of the region. The goal throughout the film was to animate scenes that could not be captured by traditional documentary filmmaking.” These sequences include scenes of Malala’s home village, her parents’ childhoods and the dangers of life under the Taliban.

The full press release from The Academy is shown below:

LOS ANGELES, CA – The Academy of Motion Picture Arts and Sciences today announced that 15 films in the Documentary Feature category will advance in the voting process for the 88th Academy Awards®. One hundred twenty-four films were originally submitted in the category.

The 15 films are listed below in alphabetical order by title, with their production companies:

Sources: Academy of Motion Picture Arts and Sciences/California Institute of the Arts