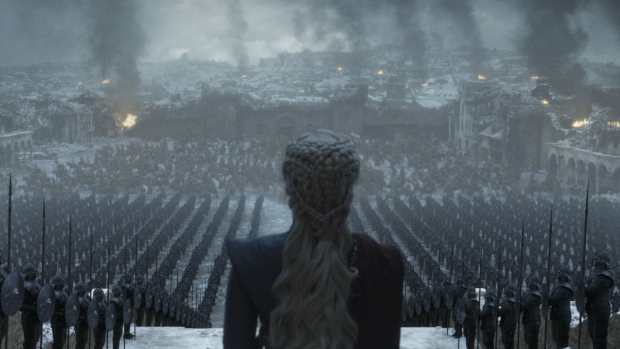 Praise Gods both old and new! Game of Thrones prequel House of the Dragon has just set a production start date and an announced an expanded cast list. According to Deadline, HBO and HBO Max Chief Content Officer Casey Bloys revealed the highly anticipated Targaryen-centric series will begin production this coming April. Miguel Sapochnik and Ryan Condal will serve as showrunners.

Toussaint will play Lord Corlys Velaryon, a Valyrian nautical adventurer also known as “The Sea Snake.” Ifans will portray Ser Otto Hightower, hand of King Vaserys Targaryen, who will be played by Paddy Considine. Best will play Princess Rhaenys Velaryon, passed over for the throne and named “The Queen Who Never Was.” Finally, Mizuno will play Mysaria, the unlikely ally of Prince Daemon, who will be portrayed by Matt Smith.

While fans were left disappointed with with GOT’s unsatisfying series finale, HBO could very well revive the ill-fated IP with the upcoming prequel series. How do you feel about the recent casting announcements? On the nose or off the mark?