HBO Will Fix ‘House of the Dragon’ VFX Error

Eagle eye fans discovered a visual effects mistake in Episode 3, when King Viserys hands off a letter to a soldier and exposes two green fingers. 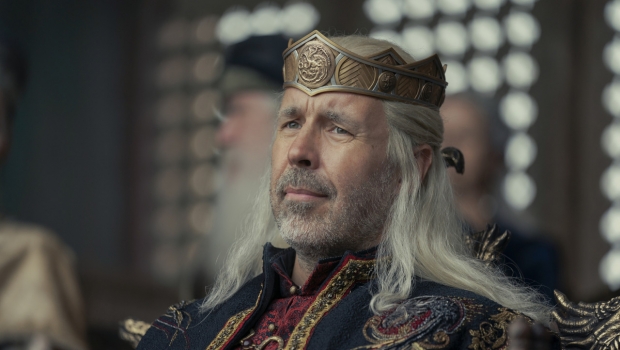 Nobody’s perfect. While watching the recently released third episode of House of the Dragon, titled “Second of His Name,” eagle eye fans discovered a blink-and-you’ll-miss-it VFX mistake. In the offending scene, King Viserys (Paddy Considine) hands off a letter to a soldier, exposing two Hulk-green fingers. Apparently, these were supposed to be edited to reveal two finger stubs. Oops!

Not the green screen glove on Viserys’s missing fingers#hotd pic.twitter.com/4CLUw5tDhI

For context, Viserys was knicked by the Iron Throne in a previous episode, which caused some sort of infection that later cost him his fingers. It’s not really explained in the show, but traditionally, cuts from the Throne are a bad omen indicating a lack of kingly wisdom or an unfitness to lead.

The franchise is no stranger to these rather small errors caught by fans; of course, no one can forget the infamous coffee cup incident from the final season of Game of Thrones. Or, switching franchises altogether, the beloved Jeans Guy from The Mandalorian. Unfortunately, much like these two cherished comical errors, Vicerys’ offending fingers will be edited by HBO for future viewers, so try and catch it while you still can!

Hunt for more editorial snafus in the upcoming fourth episode of the wildly popular House of the Dragon on Sunday, September 11 on HBO Max.