HBO Taking a Ceno-Bite Out of the ‘Hellraiser’ Universe

New series based on famous horror film franchise mythology said to be in development at WarnerMedia’s famed premium network. 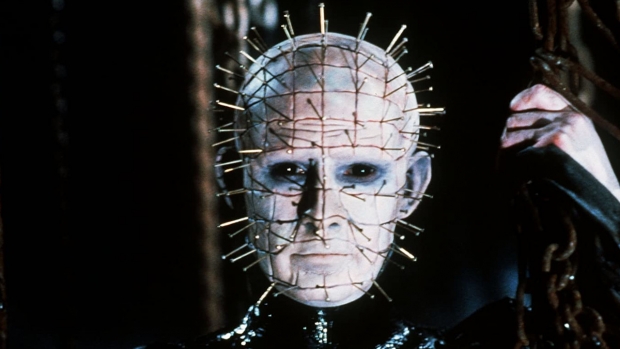 April showers bring May…Cenobites? That’s right, a TV show set in the famous Hellraiser universe is potentially in development at HBO. This will not be a reboot (thank the Devil), but rather a continuation and expansion of the already vast 10-movie franchise. Pinhead himself may even make a reappearance, but for now all we know is that the show will follow the currently established mythology of the films.

The project is separate from the movie franchise reboot now in development with Spyglass Media, so there may be Demon on Demon fighting for attention down the line. The first team to unlock the Lament Configuration wins.

While the first film, adapted from the novella “The Hellbound Heart,” was written and directed by Clive Barker, he is currently not attached to the HBO project. Mark Verheiden (Battlestar Gallactica, Daredevil) and Michael Dougherty (Godzilla: King of the Monsters, Trick r’ Treat) are set to write, with David Gordon Green (Halloween) directing the initial episodes. Dan Farah, Roy Lee, Lawrence Kuppin, David Salzman, Eric Gardner, Green, Danny McBride Jody Hill and Brandon James are all set to serve as EPs.